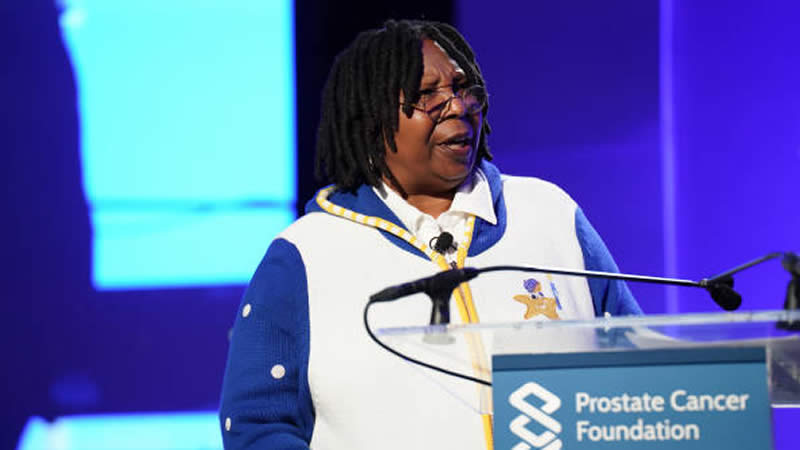 Whoopi Goldberg may be one of Hollywood’s most well-known celebrities, but she earned her position via a lot of hard work and a lot of sacrifices.

The View host was one of the executive producers of the documentary film Butterfly in the Sky, which followed the path of the children’s television show Reading Rainbow.

At the Tribeca Film Festival premiere, HELLO! chatted with the documentary’s directors, Bradford Thomason and Brett Whitcomb, who revealed the actress’ personal connection to the project.

“She was great!” Bradford exclaimed when asked about her involvement with Butterfly in the Sky. Her prior experience with reading was that she struggled with it as a young person.

“Because of that, it was important for her to spread the word and help kids learn and love to read. So it’s been a joy.”

Brett also added: “Also, LeVar [Burton] got her her first gig on Star Trek, they have such a rich history together. When we were bringing her on board, she said yes immediately.”

In a 1993 episode of the PBS show, the Oscar-winning actress appeared in a section centered on the book Amazing Grace.

Whoopi was also one of the subjects interviewed in the documentary, stating: “Now you may ask ‘why would you do something like Reading Rainbow? You’re not making any money, what is the pull’?”

She then explained that growing up with a learning disability was what influenced her appearance, explaining: “I’m dyslexic. So I learned to read long after I should’ve. Reading opens everything.”

The TV star has candidly spoken about her struggles with dyslexia growing up, sharing in an interview: “When I was growing up, they didn’t call it dyslexia. You were called slow.

“What you can never change is the effect words ‘dumb’ and ‘stupid’ have on young people. So we must always be vigilant. Remember that what those leave you with are forever, be it in 1810 or 4010.”