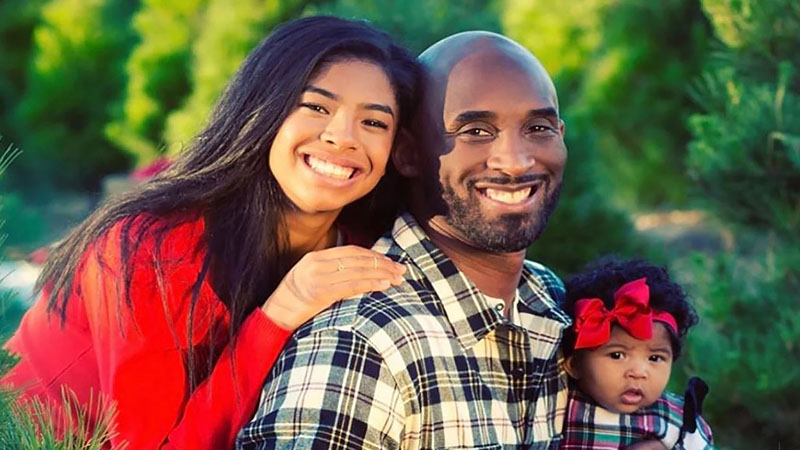 Vanessa Bryant is honoring her late husband Kobe Bryant as a great father to their four daughters.

On Sunday, the mother of four, 38, paid tribute to the NBA icon with a Father’s Day tribute on Instagram. “Happy Father’s Day to the BEST daddy in the world. We miss you so much. We love you forever and always. Love, Nani, Gigi, BB, Koko and VB ????@KobeBryant #BestoftheBest #GirlDad,” wrote Vanessa, who is also mom to Bianka, 3, and Capri, who turned 1 on Saturday.

Father’s Day comes days after Vanessa spoke in support of the Kobe Bryant and Gianna Bryant Helicopter Safety Act. “I strongly urge that the United States Congress pass a federal law that would improve the safety of helicopters operating in this country. I believe there is a chance that Kobe and Gianna would still be alive today if their helicopter had been equipped with the safety equipment required by this pending federal legislation,” she said in a statement.

“I believe that these safety measures will save many lives,” Vanessa shareed

The Kobe Bryant and Gianna Bryant Helicopter Safety Act is a legislation that would require all helicopters certified to carry six or more people to be equipped with a Terrain Awareness and Warning System, a flight data recorder and a cockpit voice recorder.

In May, Vanessa marked her first Mother’s Day since the deaths of her husband and daughter. Her daughters gave the matriarch a special book, titled Why I Love My Mom. “I love you so much @nataliabryant, Gianna, Bianka and Capri! Thank you!” Vanessa said on the holiday.

Since the tragic Jan. 26 incident, Vanessa and her girls have commemorated her birthday as well as what would’ve been Gianna’s 14th birthday. In addition, April was a month of bittersweet memories for the Bryant family as they marked their first Easter since the crash, in addition to Vanessa and Kobe’s wedding anniversary, the announcement of his Hall of Fame induction, and his sports fantasy novel Season One becoming a New York Times Best Seller.