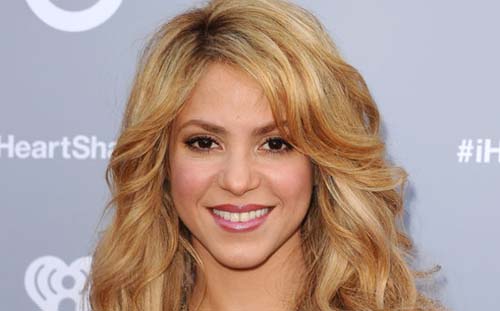 Today, we come up with a list of top 10 hottest women singers from around the world. As it’s stated that beauty is in the eye of the beholder, so therefore, I am not sure that readers will agree with my choices here or not.

The 10 Hottest Women Singers; These musical mega-hotties can rock us anytime.

American country pop singer and songwriter, Jessie James hold tenth place on top 10 hottest women singers list. She released her debut album, Jessie James, in 2009 and is currently working on her second album, Sweet American Dreams. She is married to Eric Decker, who is a starting wide receiver for the Denver Broncos of the NFL as of June 2013.

Carrie Underwood may be the most beautiful country singer out there, I know her because she won season four of singing competition show ‘American Idol’. She has since become a multi-platinum selling recording artist, a winner of six Grammy Awards, sixteen Billboard Music Awards, seven American Music Awards, eleven Academy of Country Music Awards and several others.

Shania Twain is a groundbreaking artist for many reasons, one being her best-selling country album of all time “Come On Over”. As if that’s not enough, she’s won five Grammys, 27 BMI Songwriter awards and was dubbed an Officer in the Order of Canada. She’s referred to as “The Queen of Country Pop” and has sold more than 85 million albums worldwide. She is the first (and currently only) female artist in history to have 3 consecutive albums reach diamond status, certified by the RIAA.

English pop sensation Ellie Goulding is truly the epitome of beauty. She spot seventh among the 10 hottest women singers list. What makes Goulding one of the most attractive singers is not only her beauty but also the way she presents herself. Her singing voice is pitch perfect, and she makes it look so easy. Goulding is recognised for her high piercing vibrato, breathy tone and emotive delivery. By the end of 2013, she has sold an estimated 4 million albums and 15 million singles worldwide.

Christina Aguilera is one of the most vocally talented artists on our list; her range is phenomenal and while her start in pop music never gave her the opportunity to showcase that, her future works did. Nevertheless, her debut track “Genie In A Bottle” was so subliminally sexy that it launched the young, blonde teen into stardom. Christina Aguilera was established as a pop icon and has garnered honorific titles including “Princess of Pop”. Rolling Stone ranked her at number 58 on their list of 100 Greatest Singers of All Time, becoming the youngest singer to appear on the list. She was one of Time’s 100 Most Influential People in the World in 2013.

Katy Perry has been named the hottest woman by Men’s Health magazine last year. The pop star beat out Esquire’s Sexiest Woman Alive Mila Kunis, AskMen’s Most Desirable Woman Jennifer Lawrence, and Maxim’s hottest woman Bar Refaeli. No doubt Katy Perry is the most beautiful female singer out there today. She truly lights up a room or a stage upon entrance, and she has an amazing voice with an above average range. Perry’s beauty is more natural than most singers, and frankly, it is the reason why she is here on my list.

Mariah Carey, one of the most celebrated singers of all time spot fourth on the list. With one of the most stunning looks in entertainment and perhaps the most recognizable voices in music, the legacy of Mariah Carey spans more than 20 years and across more than 10 albums of music. Referred to as the “songbird supreme” by the Guinness World Records, she is famed for her five-octave vocal range, power, melismatic style and signature use of the whistle register.

Shakira spot third among the top 10 hottest women singers worldwide. When Shakira first came out with “Whenever, Wherever” in 2001, men and women everywhere were captivated by the way she moved her body. Her hips didn’t lie, to this day, the Colombian beauty still embodies sexy. But her body isn’t just a stroke of genius, she is one too. With an IQ of 140 and a knowledge of seven languages, the international superstar is the perfect combo of beauty and brains. She’s also one of world’s best and popular dancers.

The Canadian and French singer-songwriter, Avril Lavigne spot second on the list of top 10 hottest women singers. She was one of America’s top celebrity earners under 25, raking in around $12m a year. Since her professional debut she has sold more than 30 million albums and over 50 million singles worldwide.

The gorgeous Beyonce, topes the list of top 10 hottest women singers. She officially has been voted the hottest woman of the 21st century. She is gorgeous, and I like that she behaves like such a lady especially when she is with her man. She knows how to be a man’s woman – Too sexy! –wonderslist

Top 10 Cruises Of The World