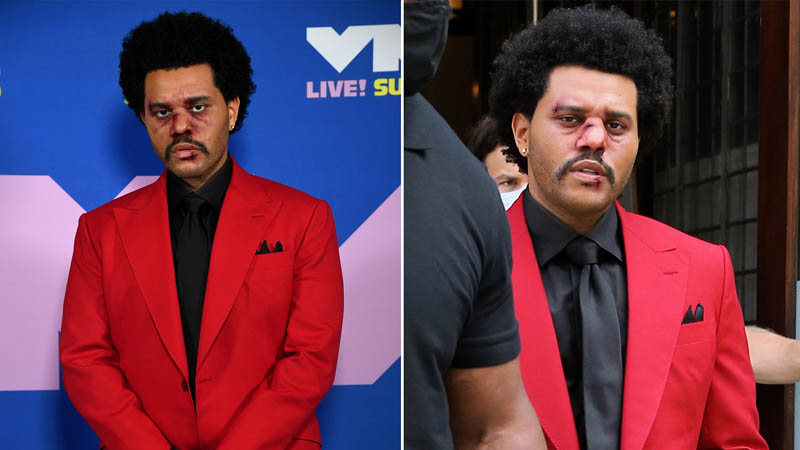 Famed singer The Weeknd dropped jaws after he showed up at MTV’s Video Music Awards (VMAs) on Sunday with a badly bruised and bloodied face.

Many fans had expressed concerns after seeing him bloodied at the red carpet while some wondered if this could be a possible fashion statement.

However, the reason appears to be much simpler and is in correlation to his latest album After Hours which follows a dark and violent theme.

In the album’s lead single, Blinding Lights, The Weeknd aka Abel Tesfaye could be seen getting beaten up violently by bouncers while also drunk driving which leads to him sustaining facial injuries.

Turns out, the singer’s VMAs look was just a way for him to promote his new album and isn’t something new either. Back in March, his Saturday Night Live performance also featured him with a bloodied face.

Speaking about his single Blinding Lights in an interview with Esquire, Abel had said: “‘Blinding Lights’ [is about] how you want to see someone at night, and you’re intoxicated, and you’re driving to this person and you’re just blinded by streetlights.”

“But nothing could stop you from trying to go see that person, because you’re so lonely. I don’t want to ever promote drunk driving, but that’s what the dark undertone is,” he added.