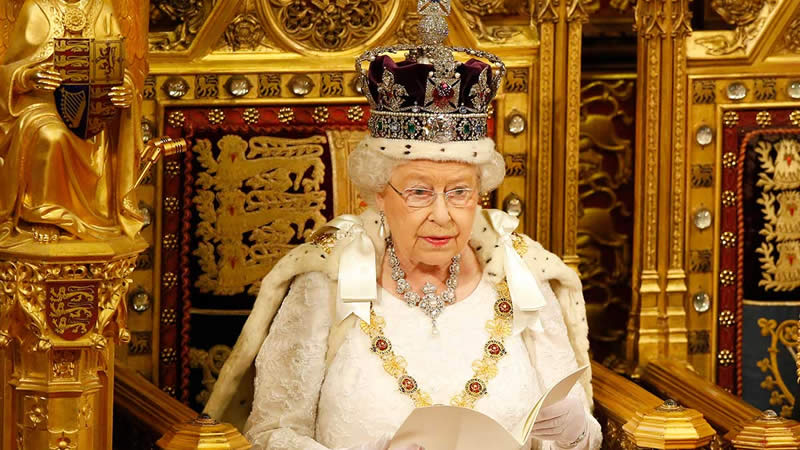 The Queen will resume public duties next month and plans to attend the State Opening of Parliament on 11 May.

The monarch, who turns 95 on 21 April, is set to be accompanied by eldest son and heir, the Prince of Wales, at the ceremonial event.

It will mark a return to public duties for the Queen one month after the Duke of Edinburgh’s death.

Prince Philip passed away at the age of 99 on Friday 9 April and a ceremonial royal funeral will take place on Saturday 17 April at St George’s Chapel, Windsor.

The Queen and the royal family are currently observing two weeks of mourning, during which time, mourning bands will be worn where appropriate while undertaking engagements.

The last State Opening of Parliament took place in December 2019, when the Queen sported a dressed-down appearance. It was the second State Opening within the space of two months due to the UK general election and Downing Street explained at the time that the State Opening would take place “with reduced ceremonial elements” just like previously seen with the early general election in 2017.

While the Queen traditionally wears the long crimson velvet Robe of State and the George IV State Diadem, the UK government website states: “In light of the pandemic it is expected that the State Opening will be adapted, with reduced ceremonial elements and attendees to ensure it is COVID-secure.”

Therefore, the monarch is likely to wear one of her beautiful day dresses instead.

The Duke of Edinburgh was always by his wife’s side for the State Opening and had only missed the ceremony 11 times since 1956, before his retirement from public life in 2017.

He missed the 2017 State Opening after he was admitted to hospital with an infection. Prince Charles accompanied the Queen on his behalf.

What to know about CVST, the rare blood clot detected in 6 women after they got a Johnson & Johnson vaccine

Jennifer Lopez on her ‘beautiful love story with Ben Affleck: ‘We got a second chance’