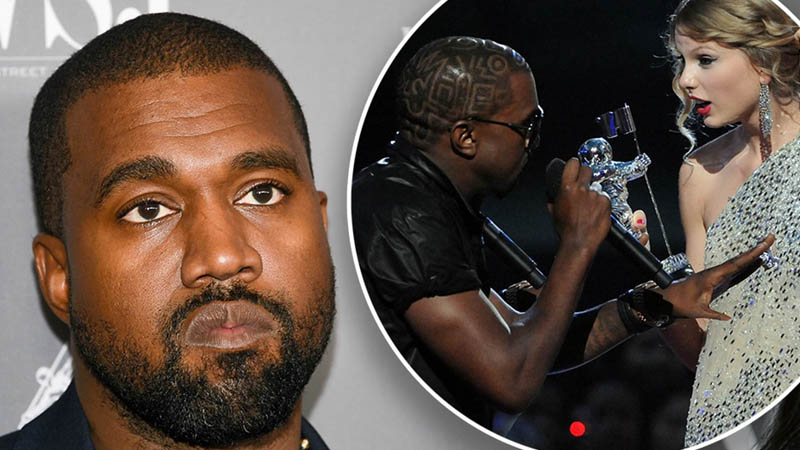 Rapper Kanye West and singer Taylor Swift have been at war since the 2009 MTV VMAs when the former cut off the latter’s winning speech on stage.

Finally opening up about that moment that sparked the never-ending feud between the two stars, the White House hopeful claimed it was God who wanted him to storm the stage.

In a chat with Nick Cannon on his podcast, the 43-year-old explained that he was following divine directives when he became the archenemy of the beloved pop singer.

He revealed how it was God who made sure he had the front seat just so he could easily jump up on the stage and steal the singer’s winning moment.

“Right now, God is giving me the information. If God ain’t want me to run on stage and say Beyoncé had the best video, he wouldn’t have sat me in the front row. I would’ve been sitting in the back,” said West.

“They wouldn’t have made it the first award. It’s so ridiculous of an idea because, I had never heard of this person [Taylor] before, and ‘Single Ladies’ is, like, one of the greatest videos of all time,” he added.

“And I was only drinking Hennessy because I didn’t want to go to the awards show because it was a set-up,” he said.