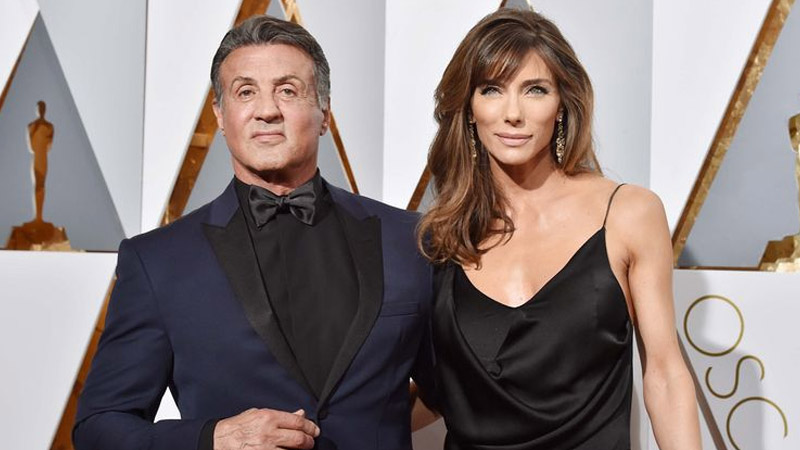 Sylvester Stallone is making sure that no evidence of his soon-to-be ex-wife remains on his body. The 76-year-old actor has hidden a second tattoo dedicated to Jennifer Flavin.

His artist Zach Perez shared a video with before and after photos from the session over the weekend, showing what used to be Flavin’s eyes on his upper arm covered with a leopard’s.

The cover-up is really quite impressive. He also had the horse above it touched up with bright colors.

It’s Stallone’s second tattoo to be covered, the first being a portrait of her face. Butkus, the Bullmastiff from the iconic “Rocky” movies, was transformed by the talented artist.

According to Page Six, Stallone, who is fighting for “Rocky” ownership, revealed the original tattoo of Flavin’s face on “The View” in 2008 and said it took 25 hours to complete.

When the artist posted the cover-up on social media on August 16, people wondered what was going on with the couple.

At the time, the “Rambo” star’s publicist told DailyMail, “Mr. Stallone intended to refresh the tattoo image of his wife, Jennifer, however, the results were unsatisfactory and, unfortunately, unfixable.” “As a result, he had to cover the original image with a tattoo of his dog from ‘Rocky,’ Butkus,” they continued.

However, it was already the beginning of the end of the couple, because Flavin filed for divorce on August 19th.

Before the cover-up, Flavin posted a photo on August 10th hugging their three daughters with the caption, “These girls are my priority [heart emoji] nothing else matters. The 4 of us forever.”

There were reports that a disagreement over the family puppy was a factor in the split but Stallone refuted those claims telling TMZ, “we did not end the relationship on such a trivial argument.” “I have the highest respect for Jennifer. I will always love her. She’s an amazing woman. She’s the nicest human being I’ve ever met,” he added.

Beloved family dog dies after fight with a porcupine in the backyard of New Jersey home: “He was trying to get them off his face”