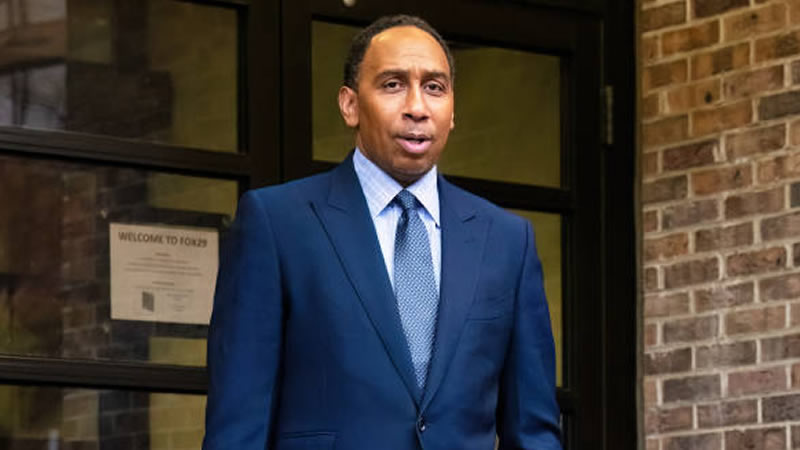 In less than a month, Super Bowl LVIII will take place, bringing sports fans a game between two of the top teams in the NFL. Some may not be as enthusiastic about the game as they are about the always-popular halftime performance.

Rihanna will take center stage and headline the game for the first time this year. Many people have commented on the performance, including ESPN journalist Stephen A.

Smith. However, the journalist is now apologizing for a “horrific” error when his social media team uploaded a video of the discussion.

Stephen A. Smith was on Sherri recently, and the titular talk show host said that the Barbadian singer, whose real name is Robyn Rihanna Fenty, will be singing at this year’s show. Smith claimed that he was not looking forward to the event but added that the singer “ain’t Beyoncé”:

‘I don’t want to say I’m not excited. She’s fantastic. That’s not where I’m going with this. She’s a lot of things. She’s spectacular. And congratulations on your new mamahood.

There’s one thing she’s not. She ain’t Beyoncé. [In response to audience boos:] The only reason I brought up Beyoncé is that Beyoncé recently performed at the Super Bowl. And without Bruno Mars and Coldplay.’

Later in the interview, Stephen A. Smith sent Rihanna flowers, claiming that her music is “fantastic” and that he loves her “dearly,” while also noting, “I’m just telling you for me, there’s Beyoncé and there’s everybody else.”

When the tape was shared on social media, Smith garnered the ire of the “Umbrella” singer’s fans, leading him to take to Twitter to clarify, breaking his statement into two tweets:

Horrific mistake. Something that was supposed to be a fun moment on the Sherri Shepard show has gotten out of hand.

An overzealous member of my MGMT team — which has access to my account — posted something I would NEVER say about @rihanna, her fans, or any other artist. The post… Has been removed.

My social management team will never make a mistake like this again. My apologies again to @Rihanna. And just to be clear, I’m a huge fan. Sherri and I were just having fun. That is all.

In addition to the tweets, the analyst posted a video in which he explained his reason. You can see it down below:

The sports commentator is well-known for his hot views, and reactions to such viewpoints can be varied. Based on his words here, it appears that he had no ill will against the Ocean’s 8 alum and was not trying to place her against Queen Bey.

One might argue that both ladies can put on a good show. When she performed at the Super Bowl in 2013 and 2016, Beyoncé left it all on the field. Few can disagree that the director and producer of Netflix’s Homecoming just “have it.”

But let us not forget that RiRi is no slouch. Over the course of over two decades, she has sold out many locations and produced certified successes such as “Diamonds,” “What’s My Name?” and “Only Girl (In the World).” Her efforts have resulted in her several awards, including nine Grammys and 13 American Music Awards.

Rihanna has been on a music break for the past three years, during which she has become a millionaire, held Vol. 4 of her Savage Fenty Show, and welcomed her first child with A$AP Rocky.

(She’s been really busy.) She did, however, return to the studio lately to record the popular single “Lift Me Up” for Black Panther: Wakanda Forever. She admits to being “nervous” about performing at the Super Bowl.

Given her track record, there’s reason to expect she’ll rock State Farm Stadium, and Stephen A. Smith, based on his most recent remark, will be among those rooting her on.

Rihanna’s performance will be shown during Super Bowl LVIII on Sunday, February 12, at 6:30 p.m. ET. While you wait for the show, check out the other small-screen offerings on the 2023 TV calendar.