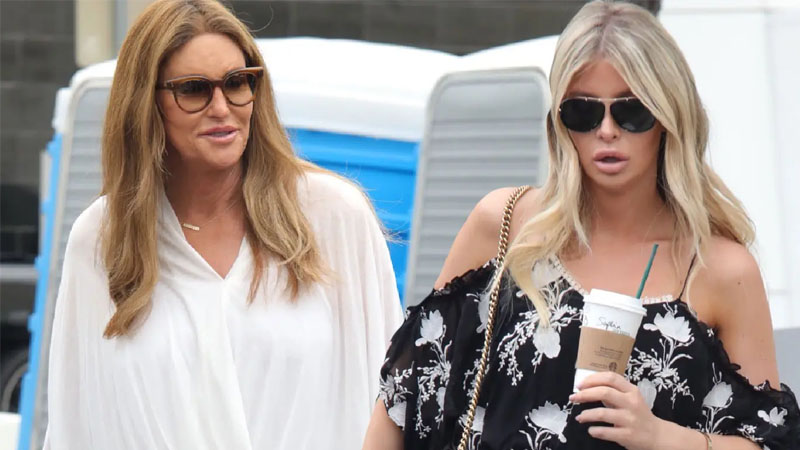 “I feel so blessed and humbled to be a part of such an amazing family and that she treats me like a daughter,” Sophia Hutchins, who is Caitlyn Jenner’s manager and longtime friend, tells people.
Sophia Hutchins is setting the record straight on her relationship with Caitlyn Jenner.

In a statement to PEOPLE on Wednesday, Hutchins denies that she and Jenner have a romantic relationship, explaining that she and the 71-year-old Olympic gold medalist share a “parental, familial relationship.”

“I don’t want controversy. I am just trying to live my life. Caitlyn is a parent to me. I have said that a million times. It is a parental, familial relationship. I feel so blessed and humbled to be a part of such an amazing family and that she treats me like a daughter,” says Hutchins, 25. “I feel blessed that we are able to work together.”

“There’s no hanky panky. I feel like I’ve been saying that for the past five years,” she adds.

Hutchins’ statement comes after she posted a screenshot on her Instagram Story showing a tweet that claimed she and Jenner have been “together” for four years. Atop the screenshot she wrote, “Fake news! Not a lesbian! F— off.”

She then clarified her statements further on the next slide, writing, “Love the whole LGBT community but so tired of rumors that I am romantically with Caitlyn. I am only ever with men and only ever have been. Stop the rumors! It’s been years.”

The Lumasol sunscreen founder serves as a manager for the Keeping Up with the Kardashians alum, and the pair have maintained a close friendship over the years.

“We met through our hairstylists. He was doing my hair one day and was like, ‘I’m going to a photoshoot after this, something with Caitlyn and MAC. And Caitlyn would like to meet you,’ ” she said on Heather McDonald’s podcast Juicy Scoop last year.

“[I] went to the photoshoot. We kicked it off. I learned a lot about what was going on in Caitlyn’s life and I felt it was a financial s— show and so much money was being thrown everywhere. Nobody was running the show, her life. Kris [Jenner] was not doing it anymore since they were divorced and I felt like I could do a really good job,” she continued.

Hutchins began managing Jenner after she graduated from Pepperdine University, which is based in Malibu, and moved in with the reality star in 2017. In an interview with her university newspaper in 2016, Hutchins cited Jenner, who is transgender, as an inspiration to her during her own transition.

“It was never romantic. Never sexual. It was very much friends but I understand why people perceived it that way. We never addressed it and that was part of the problem,” Hutchins told McDonald of her relationship with Jenner.

“It’s more parental. I date guys. And Caitlyn’s like, I gotta sign off on him. It’s very parental, very protective. We’re family. It’s an interesting family situation. All of my family is in Seattle. I didn’t have family here. I was thinking I would move to New York and Caitlyn was like work here, live here,” she added.

Jenner also addressed the relationship rumors back in 2018, telling Variety that the two are “very close.”

“We do a lot of things together. We’re kind of inseparable,” Jenner said of Hutchins. “We’re the best of friends.”