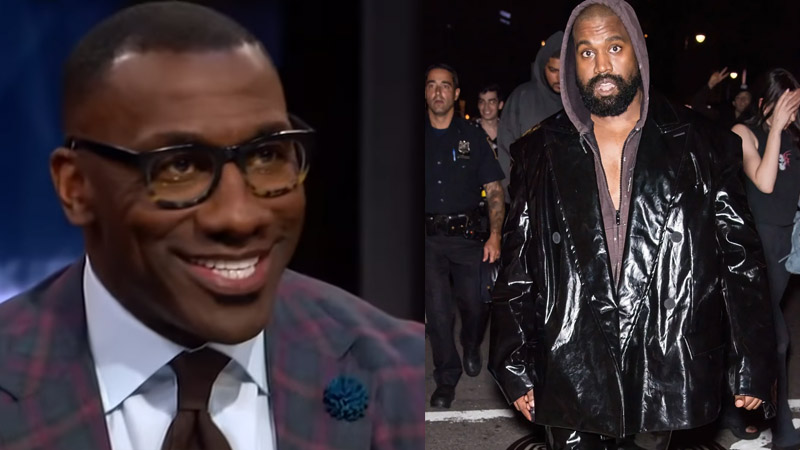 Kanye West has recently found himself in the crosshairs for making derogatory remarks about the Jewish community on social media. Since then, the Grammy-winning rapper has been banned from almost all major social media platforms and has lost hundreds of millions of dollars in canceled endorsement deals.

West, now in a damage-control mode, has come out in public and attempted to make amends. However, his recent attempt to appease the black community over his previous comments about police brutality victim George Floyd appears to have backfired. Many people have reacted negatively to his comparison of Floyd being choked. Shannon Sharpe, a member of the NFL Hall of Fame, is among them.

Sharpe lashed out at West in a tweet, expressing his disgust with the rapper’s questionable take:

“You have no idea how George Floyd felt. You lost money he lost his life. One can be replaced one can not. W/o Kayne losing what he lost. He’s not apologizing to “HIS” ppl. Move it along buddy” (sic)

Donald stated in a statement that he was parting ways with Donda due to the rapper’s hateful and antisemitic comments:

“The recent comments and displays of hate and antisemitism are the exact opposite of how we choose to live our lives and raise our children.”

Kanye West can relax knowing that Donda Sports president Antonio Brown is not going anywhere as he deals with the prospect of losing millions more in the coming days. Despite having the entire world against him, the rapper appears to have found a loyal ally in the former Tampa Bay Buccaneers star.

Gov. Newsom claims ‘it’s not the moment for him to run for president: REPORTS