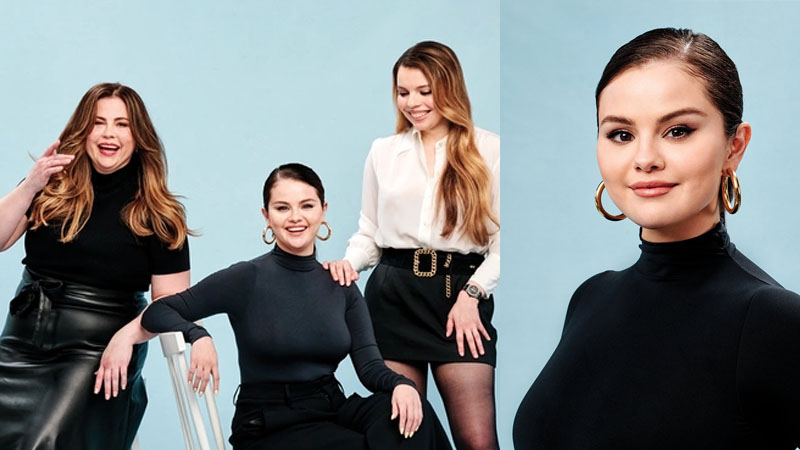 A few days after her appearance on the December 2021 cover of Entrepreneur magazine, superstar Selena Gomez’s mother Mandy Teefey revealed that she recently received criticism and some unsolicited advice over her overweight body.

Mandy Teefey recently appeared on the December 2021 cover of Entrepreneur magazine, which showed her with her 29-year-old daughter Selena Gomez and businesswoman Daniella Pierson.

While Mandy received appreciation for her achievement from many of her fellow celebrity followers, there was also a string of harsh and rude comments that trolled her for her body weight.

Taking to her Instagram handle, Mandy shared a screenshot of a private message she received from an unidentified user, in which they offered to help her “lose weight.”

Mandy called the comment an example of one of the more “polite” responses she has ever received.

“I wasn’t ever going to discuss this, but I knew when the Entrepreneur cover came out comments on my weight were going to be DM’d to me, but, I was out of the hospital for maybe 3 1/2 weeks from double pneumonia,” the 45-year-old mom of two captioned the post.

Continuing with her caption, Mandy made a shocking revelation of her near-fatal illness. She revealed, “I was told I had days to live.”

Mandy said that the “miracle” care she received from medical staff, along with the support of her friends and family, are what kept her going.

“I fought. The Drs fought and I was one of the few who made it out,” she continued.

Because she had double pneumonia and the “inflammation from the infection,” Mandy said she gained more than 60 lbs.

“I never gave up on myself or Wondermind coming to reality. I had zero business to be at a photo shoot. So, yesterday was a beautiful day for many reasons filled with personal attacks. I’m healthy and I will work on myself at my pace. It’s a miracle I am here and could careless [sic] if that means I’m a 16 instead of an 8,” she shared, referencing the new mental health media company she co-founded with Selena and Daniella.

For the unversed, just like Mandy, her daughter Selena has been a longtime advocate of prioritizing one’s mental health and wellness.

The ‘Rare’ singer recently opened up about why she decided to go on a social media break.

“To be honest, I was just, like, ‘This is too much information. This is too much of my personal life spread out everywhere, and it just felt uncontrollable. I felt like my thoughts and everything I was consuming revolved around a million different other people in the world saying good things and bad things,” Selena told in an interview, the quotes of which were obtained by E! News.

She continued, “And I just thought, ‘Why would I–I don’t get anything from it. Nothing is giving me life.’ And I just snapped, and I was over it.”

While the ‘Only Murders in the Building’ star admitted that social media is a “wonderful way to stay connected,” she explained that she still has boundaries in place.

“I’m completely unaware of, actually, what’s going on in pop culture, and that makes me really happy, and maybe that doesn’t make everybody else happy, but for me, it’s really saved my life,” Selena said as per E! News.

Lady Gaga Addresses Class of 2020 During Graduation Speech: ”You Are the Seeds of Our Future