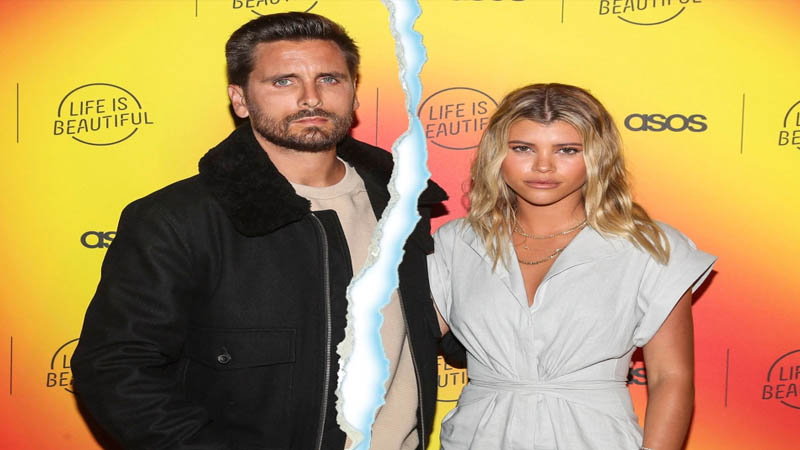 Sources can confirm the reality star and influencer have broken up after dating for just over 3-years. A source says, “They are technically ‘split’ but Sofia has been in touch with Scott.” Additionally, the insider reveals, “there wasn’t a fight or anything bad that happened between them,” Sofia simply wishes to “do her own thing” while Scott “take[s] care of his health.”

“Sofia thinks Scott has a lot on his plate right now and thinks it’s best for them to be apart so he can focus on himself. She is only looking out for him and his best interest and it was primarily her decision for them to split. Sofia has been spending time with her family and has taken the majority of her stuff out of Scott’s house,” the source explains. However, this isn’t the first time the pair has broken up and it won’t be the last. The source thinks “it’s very likely they will reconcile” in the near future.

News of their split comes after Scott celebrated his 37th birthday with the rest of the Kardashian family. They enjoyed their traditional Hansens cake and spent some quality time together. Sofia did not appear to take part in the festivities.

In recent weeks, the couple has tried to adapt as Scott seeks help for issues concerning his mental health. “They are definitely still spending time apart for now,” an insider previously shared. “Sofia wants to make sure Scott gets the help he needs before they can be in a healthy relationship but they aren’t completely calling it quits just yet.”

Scott is still very upset and angry at what happened. He is trying to stay low key and isn’t leaving the house much,” the insider added at the time. Sources also said that Scott still wishes to enter a treatment facility, but is taking his time as he wants to find a “reliable” center that wouldn’t exploit his stay as a previous center did.

For now, the 37-year-old is leaning on the support of ex Kourtney Kardashian, who he travelled to Amangiri with this holiday weekend. “Scott has been very willing and open to get help and wants to continue treatment. Kourtney knows how to handle Scott and he is always in a better headspace when he gets to spend time with his kids,” the insider said of the trip. “She has really been there for him since his rehab exit, and has had a lot of sympathy towards him.”