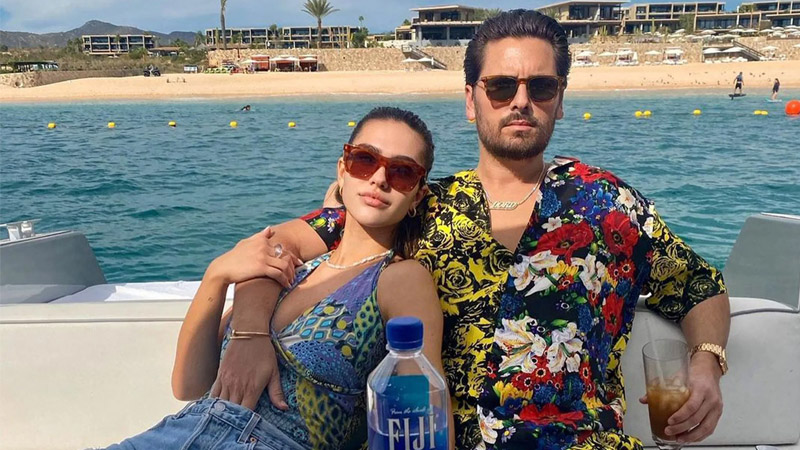 Scott Disick recently shared quite the cheeky post of Amelia Hamlin—and she had a little something to say about the image.

On June 6, the Keeping Up With The Kardashians star uploaded a risqué photo of his girlfriend wearing a bra and thong lingerie set to his Instagram Story. In the photo, Lisa Rinna’s daughter is seen seemingly reaching for something on a bookcase with her back turned to the camera. “A little higher,” Scott wrote. “Almost there.”

After the NSFW image was reshared, one person commented, “He could’ve left this in the gallery,” to which Amelia—who shared similar steamy pics to her feed—simply wrote back, “dead.”

Back in October, Scott, who shares three kids with ex Kourtney Kardashian, and Amelia first sparked dating rumors and have been ramping up the PDA and heartfelt social media posts ever since. For Scott’s birthday on May 26, the model even dropped in the L-word in a sweet tribute to her other half.

“Happy birthday my love. you light up my life, and make my world better,” she wrote. “I can’t imagine what I would do without you.”

“Thank you for being you,” she continued. “The most caring, loving, special person on this planet. I’m so lucky. I’m so blessed to have met you.”

To further prove she’s his ride or die, she even gifted him a motorcycle. It looks like these two aren’t shy when it comes to baring it all for each other.