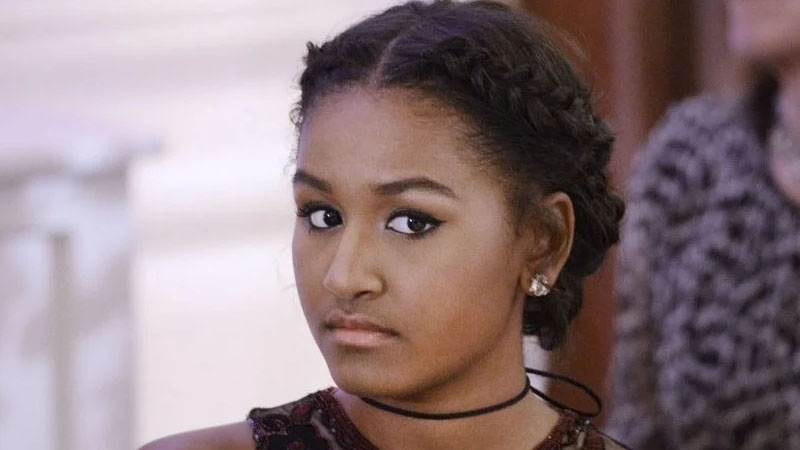 The youngest member of the Obama family recently turned 21

Adolescence is the period of life when everything happens at a breakneck pace and when the most dramatic changes take place.

When you include the fact that you are the daughter of a former US president, everything is scrutinized with a magnifying glass.

Sasha Obama, the politician’s second daughter, has witnessed these changes, as shown by her recent images, which have shocked the public.

Sasha Obama was just 15 years old when Barack Obama departed the White House, and she looked completely different than she does today, to the point that she is now an example to all young people of her generation, Generation Z, as Marca reported.

Malia, her older sister, went from Harvard University and now works as a screenwriter.

Meanwhile, Sasha is a University of Michigan student.

The young woman celebrated her 21st birthday yesterday, and her parents took to social media to congratulate her.

“Happy birthday, Sasha! I’ve loved watching you grow into the smart, beautiful, loving young woman you’ve become. And no matter how old you get, you’ll always be my little girl. Look at those cheeks!” the former US president posted on the occasion of his daughter’s birthday.

Similarly, Michelle Obama also had a loving message for her daughter.

“My baby has grown into a beautiful, independent, compassionate, and highly capable young woman. But you will always be my smallest pea. I am so proud of the human being you are becoming,” her mother wrote.

Sasha’s most recent photos show her in a completely different outfit, complete with a short T-shirt, false nails and eyelashes, and a physical change that has placed her on the cover of CROWN MAG magazine.

The magazine, which caters to young audiences, celebrates “black women on the rise”.

Ms. Robbie Supports Son Amid Charges For Murder Of Grandson: ‘Til Death Do Us Part’