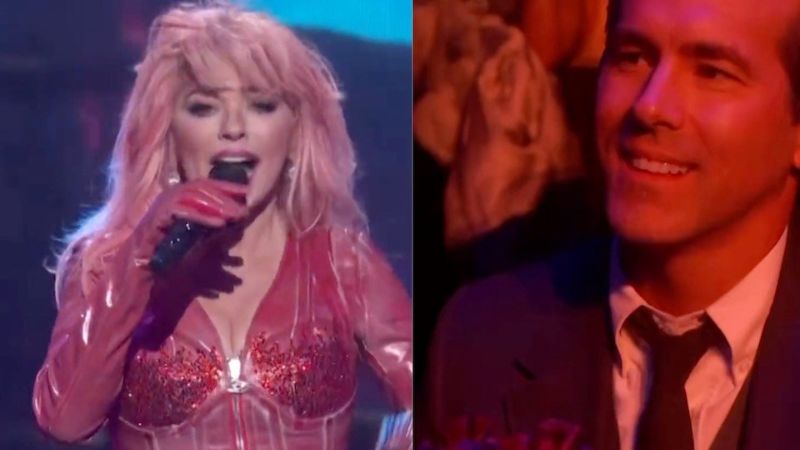 The actor had the sweetest reaction to *that* viral moment from the 2022 PCAs.

Ryan Reynolds recently visited a First Nations school in Ontario, Canada, for an interview with the school’s media club, and he disclosed a lot in his long discussion with Sandy Lake First Nation student leader Derek Monias.

One of Monias’ questions for Reynolds during the interview was, “What do you think about Shania Twain changing the lyrics of her song using your name instead of Brad Pitt?”

The question refers to a moment during Twain’s performance of her hit song “That Don’t Impress Me Much” at the People’s Choice Awards on December 6 that quickly went viral.

At first, Reynolds joked, saying, “Well, I think we can all agree, it’s about time.”

But then he revealed that it was beneficial for him as, at that point, he was quite worried about making an upcoming acceptance speech. Twain, 57, called him out, which relieved him of some of his concern.

Reynolds, 46, told Monias, “I was not expecting that…Because I, like a lot of people, get very nervous when I publicly speak. You know, and I have to stand on a platform, and it’s also just odd because you’re winning an award.”

“Maybe it’s because I grew up in Canada and I sort of tend to rely on laughing at myself as a defense mechanism, but in those moments, you have to be pretty gracious. And when you’re accepting an award like the Icon Award, I didn’t know…I just felt the whole thing was a little embarrassing,” he admitted.

But, due to Twain, it was much simpler than he had expected.

He said, “So when Shania called it out, I was so grateful because it took the tension out of my body in a good way, made me think of something else for a second.”

Reynolds continued: “So then I went up and gave my little speech, and it went better than I thought. So sort of, in a weird way, I have to thank Shania Twain for that.”

Kanye West’s ‘Final Message’ To Kim Kardashian: ‘Don’t Let The Devil Use You’