Shy couple Robert Pattinson and Kristen Stewart is no more in shell now. The love birds displayed their sweet love relation in public while attending Comic-Con in San Diego, California.

At the Comic-Con, while promoting “The Twilight Saga: Breaking Dawn”, Kristen Stewart exhibited some public affection with boyfriend Robert Pattinson. She embraced Robert Pattinson and leaned into him whereas he just smiled with bright eyes. 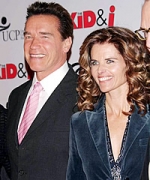