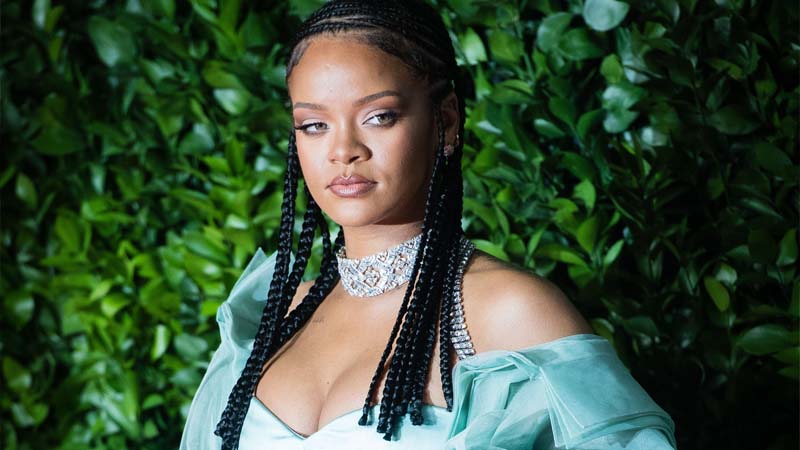 Fifteen years of Rihanna! the Anti singer celebrated the 15th anniversary of her very first single, “Pon de Replay,” and thanked her fans for their continued support throughout her career.

“#15YearsOfRihanna Thank you for all the love on this hashtag today!” Rihanna shared on her Instagram Story. “Man this is trippy. Feels like just yesterday I was shaking in the hallways of Def Jam waiting to audition for Jay.”

“‘Pon de Replay’ is where it all began,” she continued. “15 years later and I’m here because God led me to you, and you guys have held me up, supported me, tolerated me, loved me, kept it too real with me, and we gon [sic] always be connected because of that!”

Rihanna concluded, “I love you Navy, and I cherish you. I’m so grateful to be gifted you as my fans and family. G4L!”

“Pon de Replay” first dropped on May 24 in 2005. The reggae-influenced club track reached No. 2 on the Billboard singles chart and announced Rihanna as the next up-and-coming pop star.

Sure enough, Rihanna lived up to that expectation and has since scored 14 No. 1 singles on the U.S. Billboard Hot 100, earning more Hot 100 No. 1 hits than any other artist this century, according to Chart Data. She is also Spotify’s most-streamed female artist.

Earlier this year, Rihanna appeared on a new song for Canadian singer PartyNextDoor’s album PARTYMOBILE. She was featured on the track “Believe It.”

The song was Rihanna’s first musical work since the release of her album Anti in 2016.

Since Anti, Rihanna has hinted at dropping new music, teasing in a cover story for Vogue’s November issue that it will have a reggae flavor. “I like to look at it as a reggae-inspired or reggae-infused album,” Rihanna said. “It’s not gonna be typical of what you know as reggae. But you’re going to feel the elements in all of the tracks.”

She then confirmed in February that she was working on new music, teasing a potential collaboration with The Neptunes, a producer team that includes Pharrell Williams and Chad Hugo.

However, in April, Rihanna warned fans that her long-rumored, upcoming ninth album was on hold as she is “trying to save the world” amid the ongoing coronavirus pandemic.

The artist donated $5 million to the global coronavirus relief fund via her Clara Lionel Foundation to be split among organizations like Direct Relief, Feeding America, Partners in Health, the World Health Organization’s COVID-19 Solidarity Response Fund, the International Rescue Committee, and others.

She also recently teamed up with Twitter founder Jack Dorsey to donate over $4 million to help address the escalating domestic violence cases in Los Angeles that have spiked because of the COVID-19 lockdown.

10 Tips for Painting Landscapes With Acrylics