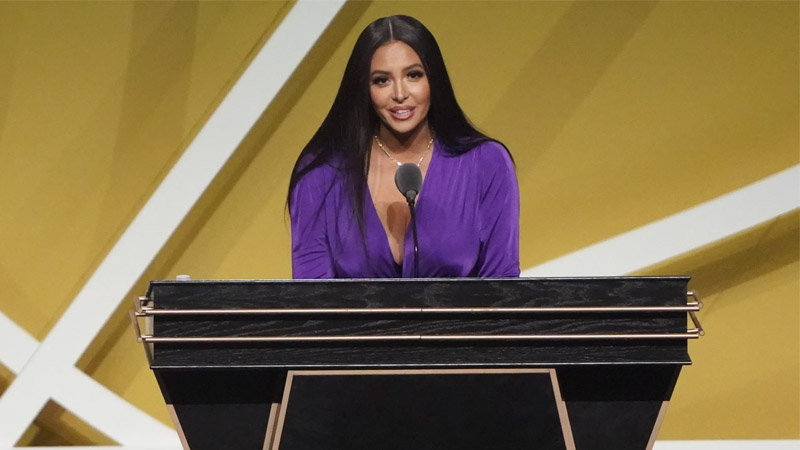 Vanessa Bryant and others agreed to jointly settle a lawsuit filed against the pilot and helicopter owners over the deadly crash that killed former Los Angeles Lakers star Kobe Bryant, their daughter Gianna and seven others last year, according to the Los Angeles Times.

Vanessa and other families, along with the helicopter company and insurers filed “joint notice of settlement and joint request to vacate discovery deadlines” in court on Tuesday, per the report. They were seeking unspecified compensatory and punitive damages, though terms of the settlement are confidential.

Vanessa Bryant, others sued pilot and company after deadly crash
Vanessa and families of the other victims in the crash filed a lawsuit against Island Express Helicopters and pilot Ara Zobayan about a month after the crash.

The suit alleged that Zobayan failed “to use ordinary care in piloting the subject aircraft” when flying Kobe and the others. Zobayan, Kobe’s longtime pilot, was accused of negligence after they crashed just outside of Los Angeles early on Jan. 26, 2020. All nine passengers, including Zobayan, were killed in the crash.

The National Transportation Safety Board said that Zobayan made a “poor decision” to fly at excessive speeds that morning despite fog and clouds in the area and that the helicopter was not in a controlled flight pattern when it crashed.

Vanessa alleged in her lawsuit that the helicopter company “authorized, directed and/or permitted a flight with full knowledge that the subject helicopter was flying into unsafe weather conditions,” and that the victims died “as a direct result of the negligent conduct of Zobayan.” The suit also alleged that the helicopter was unsafe, and the NTSB said that it was not equipped with a Terrain Awareness and Warning System that could have alerted Zobayan before the crash.

The helicopter company reportedly has had three other crashes since 1985. Zobayan was also cited by the Federal Aviation Administration in 2015 for violating visual flight rule minimums.

The lawsuit is one of two that Vanessa filed in the wake of Kobe and Gianna’s deaths. The other lawsuit, which is still pending, alleges that Los Angeles County police officers and other employees improperly took and shared graphic photos from the crash site.