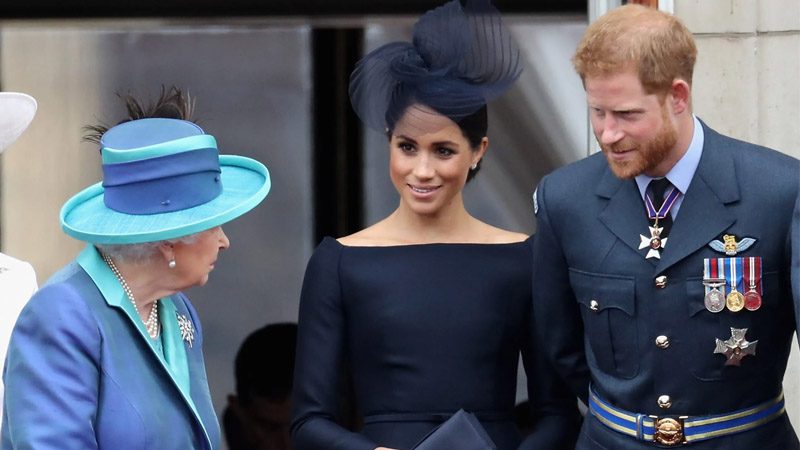 Despite calls for Prince Harry and Meghan Markle’s royal titles to be removed the Queen may never make the move.

The Duke of Sussex was recently subjected to criticism for his comments about the royal family in Dax Shepard’s Armchair Expert podcast.

He criticised his father Prince Charles’ parenting skills revealing that he was being treated “the way he was treated” and said that he wanted to “break the cycle of pain and suffering”.

According to royal correspondent Richard Palmar, the Queen may not want to make the same mistake, referring to her stripping Princess Diana off her royal title following her divorce from Prince Charles.

“Speaking so publicly about the way he and his father were brought up is upsetting and damaging for Charles, the Queen and the monarchy, just as his father speaking about his distance from his parents was damaging and upsetting,” he wrote on Twitter.

“Some royals and their advisers may think Harry and Meghan should stop using royal titles but the Queen is unlikely to force the issue after the mistakes she made with Diana.”