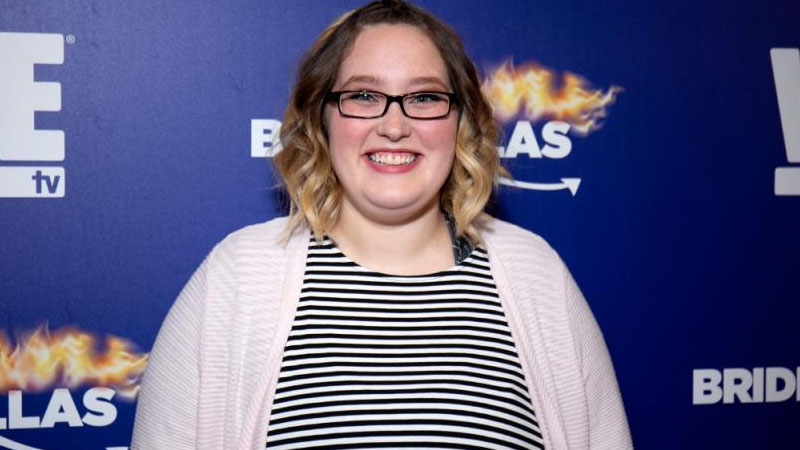 Pumpkin Shannon Expresses Her Appreciation for Having Children. On the eve of Thanksgiving, Lauryn “Pumpkin” Shannon paid tribute to her two children on social media.

The 21-year-old reality actress took to Instagram on Thursday to express her gratitude for having her children in her life. She also uploaded a series of photos with her husband Josh Efird, 25, of her 3-year-old daughter Ella Grace and 3-month-old baby Bentley Jameson.

Ella was photographed three times wearing a cute fall outfit and smiling in front of a placard that stated “Give Thanks.” Ella was seen cuddling her younger brother and smiling at the camera in another snap.

Pumpkin’s fans were especially drawn to one of the photographs she shared, which showed baby Bentley riding a carousel with his aunt, Alana “Honey Boo Boo” Thompson, 16.

“The two things for which I am most grateful [red heart emoji].” You two helped Momma get through some of the darkest days, and I’ll be eternally grateful!! “Reach for the stars, darling,” the mother of two wrote in the description of her Instagram image.

Positive words for the TV celebrity and her children flooded the comments section swiftly. Many people praised Pumpkin’s kids and described them as “gorgeous.” “Adorable” was written by a few people as well. Meanwhile, several admirers speculated on whose parent the children inherited their appearance.

“It’s adorable.” Another person wrote, “Ella looks exactly like you.”

A third user said, “You guys have the cutest infants.”

Alana’s fans were outraged to learn that she is still in high school and that her boyfriend is four years her senior. However, several pointed out that in Georgia, the legal age of consent is 16.

When queried about the situation, the “Mama June: From Not To Hot” actor stated that she sees no issue with Alana and Dralin’s relationship because the latter is a “respectful” and “nice person.”

“They’ve been dating for about a year and had a brief conversation before that. But, you know, he’s respectful. He is kind to her. He kind of lends a hand with the family whenever it’s needed. “I don’t have an issue with him,” she told E! News exclusively.