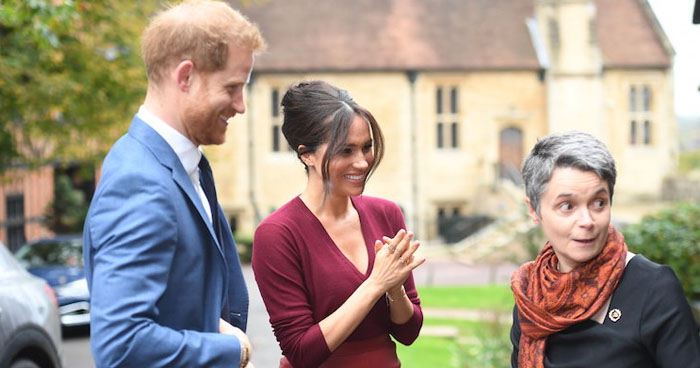 Prince Harry watched his mother fall apart under media observation, and now he watches his wife fall prey to the same forces. Understandably, he has enough and takes a stand. His attack on the media, however, should come as no surprise.

Harry gave them numerous warnings before taking legal action, which was largely ignored. In the future, media coverage for the Royals may change dramatically, and traditional media may not look good.

Prince Harry, Duke of Sussex and Meghan, Duchess of Sussex | JEREMY SELWYN / POOL / AFP About Getty Images When Harry began meeting with Meghan Markle in 2016, the media quickly jumped at the new couple with headlines such as “Harry’s Girl Is (almost) Straight Outta Compton.” The harmful reports and what was perceived as “sexism and racism” were soon called by the prince. In an unprecedented move, Kensington Palace issued a statement warning the press to withdraw. It began by stating that Harry was aware of his privilege and surrounding interest. “He feels happy to have so many people supporting him and knows how happy and privileged he is.”

Kensington Palace has issued a statement this morning about the harassment currently being experienced by Meghan Markle and her family. pic.twitter.com/EuFZ4fmUIj

The coverage of Markle in the media, however, was unfair. It accused them of writing “defamatory stories” and harassing Markle’s family and friends. “Prince Harry is worried about Mrs. Markle’s safety and is deeply disappointed that he could not protect her,” was the explanation. After the statement was published, there was talk in the media, but there seemed to be little change in its coverage.

Since Harry warned the media in 2016, little has changed. Now he takes legal action to protect his wife. In early October, Harry made a statement announcing his claim against Associated Newspapers for publishing a private letter. He claimed that this was a copyright infringement and a violation of the Data Protection Act of 2018.  In his passionate statement, Harry explained the public recalled the harm his mother had suffered through the abuse of the media and stated that he no longer can only be a silent witness to the suffering of those he loves. “There comes a point where the only thing you have to do is defy this behavior because it destroys people and destroys lives,” he wrote. Later it was announced that Harry also sued the owners of The Sun and The Daily Mirror for illegal access to voicemail messages. This is most likely related to the telephone hacking scandal that became public in 2011.

These Tasty Chickpea Recipes Can Help Cut Fat and Cholesterol