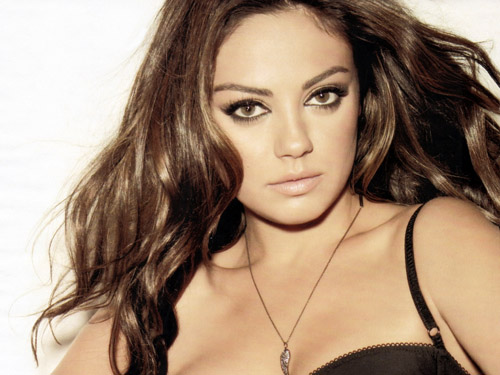 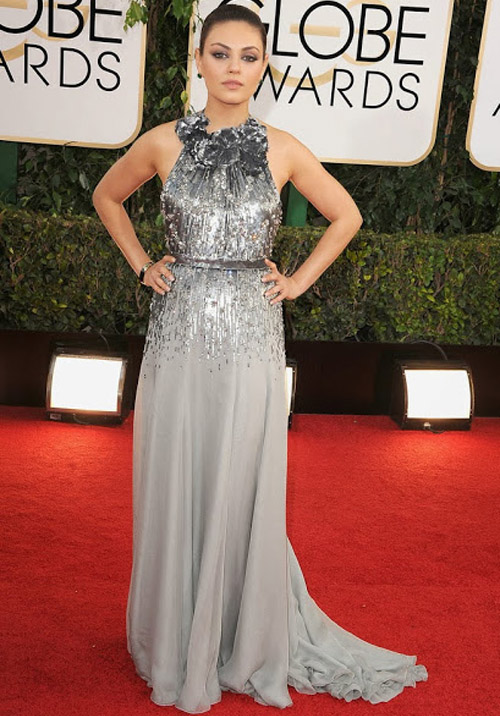 Mila Kunis reportedly spent $20,000 on beauty treatments ahead of the Golden Globe Awards. The ‘Black Swan’ actress – who is in a relationship with Ashton Kutcher – was determined to look her best on the red carpet and splashed out on some indulgent pampering to remove “facial puffiness” before the ceremony in Beverly Hills earlier this month. A source told Grazia magazine: “Mila’s been worried about facial puffiness lately.

She’s believed to have had a $7,000 diamond and ruby facial peel, a $10,000 laser resurfacing plus an Evian bath and body treatment the day before.” While she is happy to splash out on beauty treatments, Mila Kunis has previously admitted buying expensive clothes such as garments designed by Mary-Kate and Ashley Olsen’s The Row feels slightly “insane”.

The ‘Ted’ beauty said: “Those girls make the most beautiful clothes and the most expensive clothes ever. It’s insane. I’ll have to wear them until the end of time!”  Mila Kunis and Ashton met on the set of ‘That 70s Show’ when Mila was just 14 but only started dating in April 2012 after re-connecting following the demise of Ashton’s marriage to Demi Moore. -Femalefirst

The Most Expensive House In The World 18 Carlton House Terrace