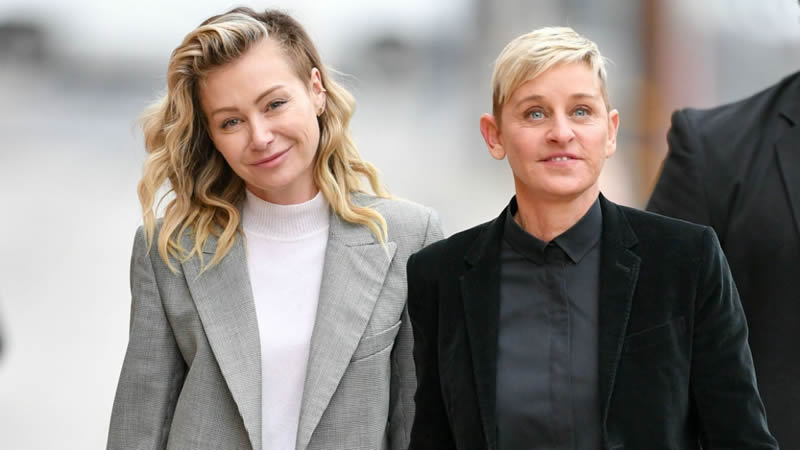 Have Portia de Rossi and Ellen DeGeneres called it quits after 12 years of marriage? That was one tabloid’s story this time last year. Gossip Cop is taking another look at the rumor.

In Touch reported that Portia de Rossi had walked out on her wife of 12 years, Ellen DeGeneres. After accusations of a toxic workplace were leveled against DeGeneres early last year, the talk show host was steeped in scandal.

An according to the report, de Rossi couldn’t handle the stress any longer. “Portia has been begging her to leave the show and focus on their relationship more, but Ellen is all about work,” an insider dished to the tabloid.

The source went on, insisting, “Portia can’t believe all the bad press Ellen is getting. Her image as one of the nicest people on the planet has been shattered.”

The outlet maintained that de Rossi and DeGeneres got into a “huge fight” that ended with de Rossi getting “frustrated” and walking out on DeGeneres. According to the source, de Rossi needed “some alone time.”

So, is it true DeGeneres and de Rossi’s marriage couldn’t survive the stress of the comedian’s scandals? Of course not. We didn’t buy this story when it was published, and time has only proven how ridiculous it is.

The tabloid took advantage of de Rossi’s silence on the matter to insinuate drama into their relationship. But de Rossi didn’t stay silent for long. Shortly after this report was published, Portia de Rossi took to Instagram to express her support for her wife.

In the year since this article was published, de Rossi has maintained her unwavering support of DeGeneres. While the tabloids have always had it out for the couple, de Rossi and DeGeneres still have one of the strongest marriages in Hollywood, and they’ve made no secret of that.

The Tabloid On De Rossi And DeGeneres’s Marriage

In Touch has one of the worst reputations of any tabloid when it comes to Portia de Rossi and Ellen DeGeneres’s marriage. Back in 2018, the tabloid alleged the couple was moving to Australia. Of course, that report was totally false.

Then the outlet claimed DeGeneres was in a “cash crunch” because she and de Rossi couldn’t stop buying houses. Then the magazine reported they were “fighting nonstop” and headed for a $500 million divorce. None of the tabloid’s other claims about the couple have ever amounted to anything, which makes this report seem even less likely.