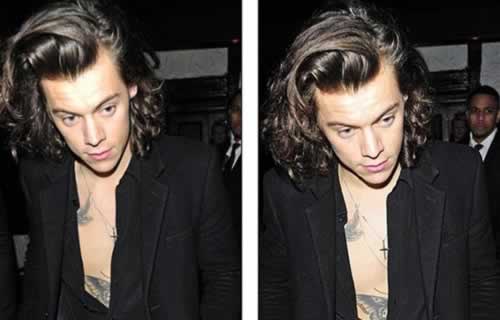 One Direction’s Harry Styles flashes his chest as he rocks a plunging shirt and loud striped trousers at fashion bash. He’s known for being the party animal of the band. And Harry Styles naturally chose to keep the night going following the BBC Music Awards at Earl’s Court in London on Thursday night, leaving the rest of One Direction to head home as he hit up The Glam Rock Christmas Party held at The Scotch of St James solo. 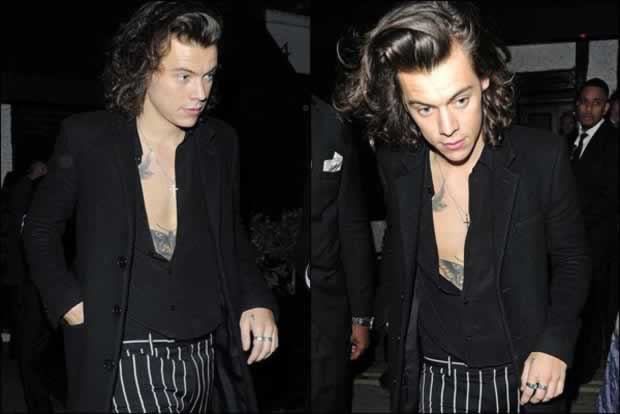 The 20-year-old star swapped his formal wear look, comprising a pyjama style jacket and smart trousers, for a rock ‘n’ roll ensemble as he ventured out alone. Leaving the top buttons of his shirt undone, Harry showed a serious amount of skin and flashed his beloved butterfly and bird tattoos. 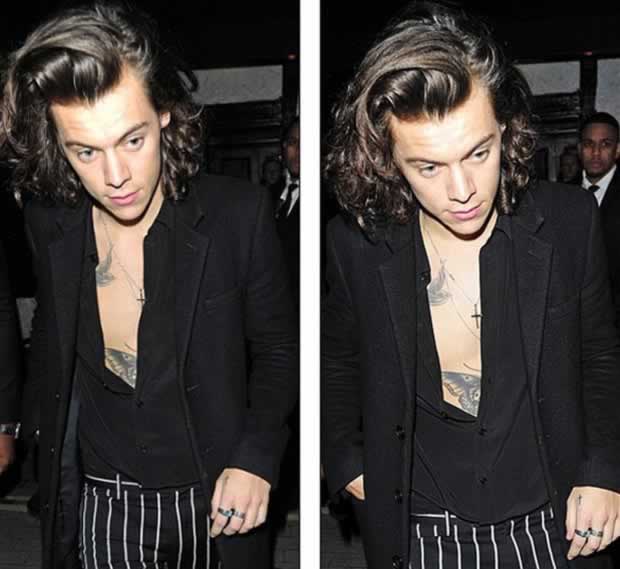 The Kiss You hit-maker toughened up the look with a silver cross chain and some black ankle boots, partying the night away with the likes of Jaime Winstone and Jo Wood at the bash. The 1D boys have been plagued by rumours about Zayn Malik’s absences recently, but proved their critics wrong by putting on an united front at the event. 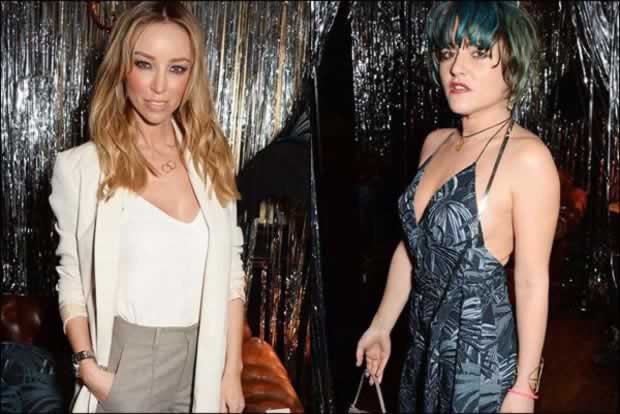 The former X Factor stars were on great form and took to the stage to perform their latest single, Steal My Girl. They’ve morphed into real fashionistas, doing boy band co-ordination to perfection in an harmonious array of black and white outfits. Niall Horan and Liam Payne were both rocking checked ensembles, while Zayn was sporting a smart suit – and a serious quiff – and Louis Tomlinson was in all-black. One Direction were recently quizzed about whether Zayn’s repeated absences were due to ‘substance abuse’ during an interview on the Today show. The line of questioning didn’t go down well with the boys and Zayn has since set the record straight. 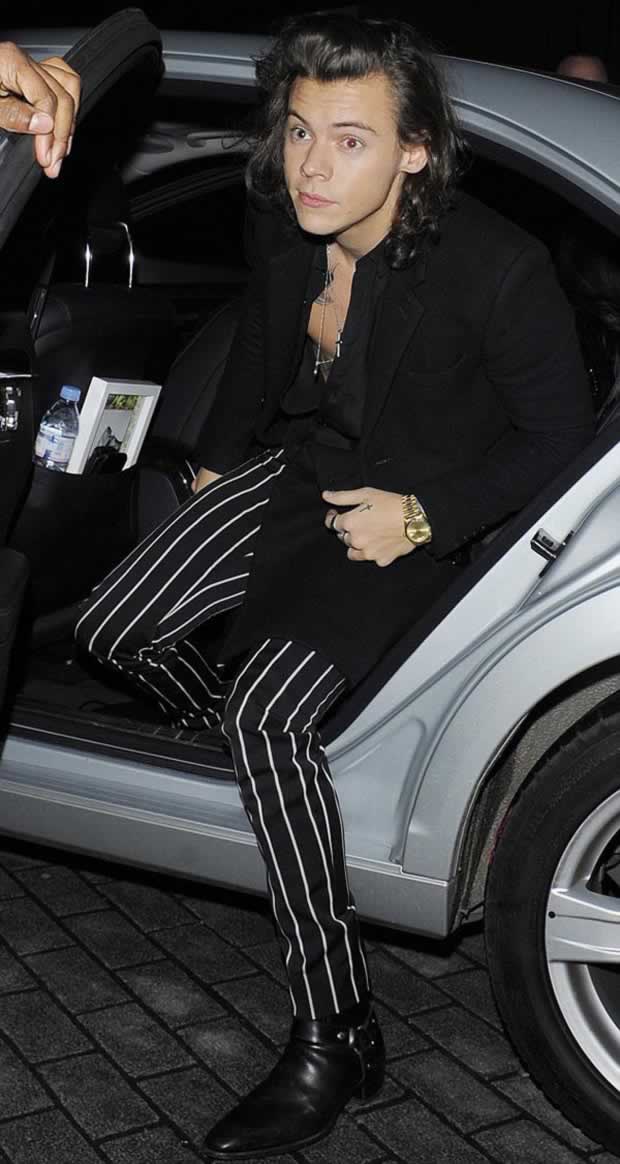