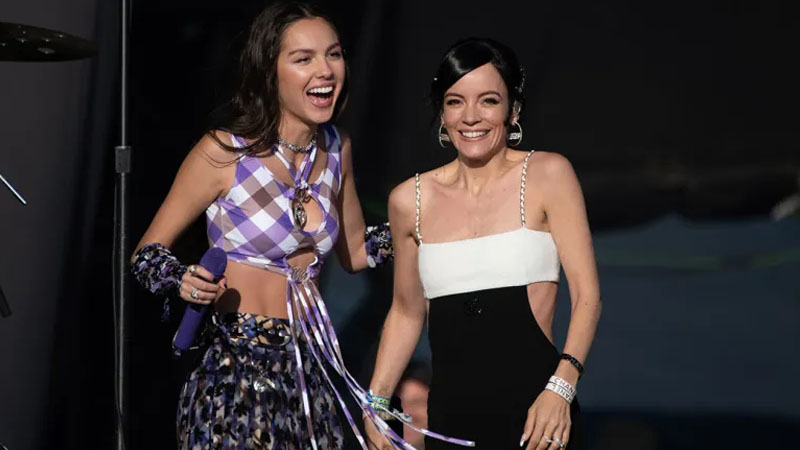 “I wanted to dedicate this next song to the five members of the Supreme Court,” the pop star told the cheering crowd.

The U.S. Supreme Court justices who joined in overturning Roe v. Wade this week came under fire from Olivia Rodrigo during her Glastonbury set on Saturday, according to Aaceshowbiz reported.

“I’m devastated and terrified,” the Driver’s License singer told the crowd. “So many women and so many girls are going to die because of this.”

Fuck You by Lily Allen was then performed after Rodrigo had introduced it. Lily Allen then joined her on stage (watch the full video above).

“I wanted to dedicate this next song to the five members of the Supreme Court who have shown us that at the end of the day, they truly don’t give a shit about freedom,” Rodrigo said to wild cheers.

The two then launched into an energetic rendition of Allen’s 2009 hit, which includes the lyrics, “Fuck you, fuck you very, very much / ’Cause we hate what you do / And we hate your whole crew.”

A vocal supporter of abortion rights, Rodrigo is a 19-year-old Grammy winner. After viewing a leaked copy of a Supreme Court draft opinion on repealing Roe v. Wade, she told fans in Washington, D.C., last month that she was “heartbroken.”

“What a woman does with her body should never be in the hands of politicians,” she said at the time.

“I hope we can use our voices to protect our right to have a safe abortion, which is a right that so many people before us have worked so hard to get.”