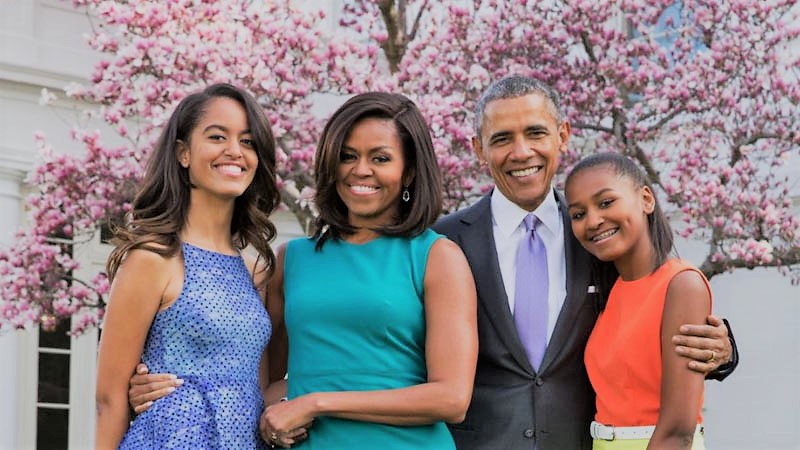 When we look at Malia and Sasha Obama today, we see a burgeoning TV writer and TikTok star (kidding, kind of). But not too long ago, they were just two young girls trying to balance their normal lives with having their dad Barack Obama take over as President of the United States — kind of a Hannah Montana: DC Edition, if you will.

So, it should come of no surprise that longtime White House staffers speaking to the New Yorker were a bit bemused by some of the changes necessitated by housing two young girls. After all, George W. Bush’s twin daughters Barbara and Jenna Bush were 20 years old when he took office, as opposed to 10-year-old Malia and 7-year-old Sasha entering the White House. The Obamas ultimately decided a few spaces needed an upgrade for their lively family of four, and we personally approve of their decisions.

Staffers who had served more than one president, referred to as “lifers” throughout the New Yorker profile, were ultimately disinclined toward changes that broke with tradition — and the modernity of the quickly-updating Obama White House was certainly a shift.

“They also had some notions that clashed with the lifers’ sensibilities, including setting up a Nintendo Wii in the China Room for their daughters during a holiday break,” the profile concludes, “and holding exercise classes in the East Room.”

Other modern updates to the President’s Pennsylvania Avenue address included functional internet (previously, “lifers lacked internet in many of their offices, and, in some cases, shared e-mail accounts) to keep up with the increasingly digital nature of their tasks, a request we imagine Malia and Sasha heavily endorsed as they entered their teen years, though of course didn’t request. The family was also unusually social, and would host “events late into the night and again the next morning.” And Sasha left one final surprise for White House staff that wasn’t discovered until the final hours before the Trump family entered the home.

“In the frantic final hour, another lifer opened Sasha Obama’s bedroom closet and groaned, because it was still filled with the teen-ager’s clothes,” the New Yorker reports. To which I say, listen: no one is a perfect packer. Least of all a 15-year-old girl.

The odd eyebrow-raising request aside, it’s clear there’s no malice between former staff and their one-time employers — if anything, what stands out is the staffers’ sense of duty to the White House itself above any one President. And for as long as we’ve explored the Obamas’ experience there, it’s equally fascinating to take a look at those who have lived there all along.

Bloomberg: Next Nintendo Switch can Output 4K and has a 7-inch OLED