The former party girl, Nicole Richie admits that she does have a past that was like Lindsay Lohan’s present.

The 28 year old socialite said that she has taken great pains to reform and tam herself with the help of many great people and now she is focusing on being a mom of two, two and a half year old, Harlow and one year old, Sparrow.

“One thing about me is that I’ve always taken responsibility for my own actions, whether they’re good or bad,” she said adding, “Even when I was going through my though time, that was a situation that I created.”

However, there is still one thing she can’t erase and that is her Virgin Tattoo on her wrist that she tattooed on her wrist when she was 16 but now the word ‘virgin’ looks really embarrassing for a mother of two can NOT be a virgin. “It looks really weird having ‘virgin’ written on my wrist and I have to explain it every time people see it and that’s awkward” she said. 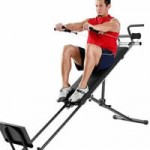 Uma Thurman Talks about Being Happy