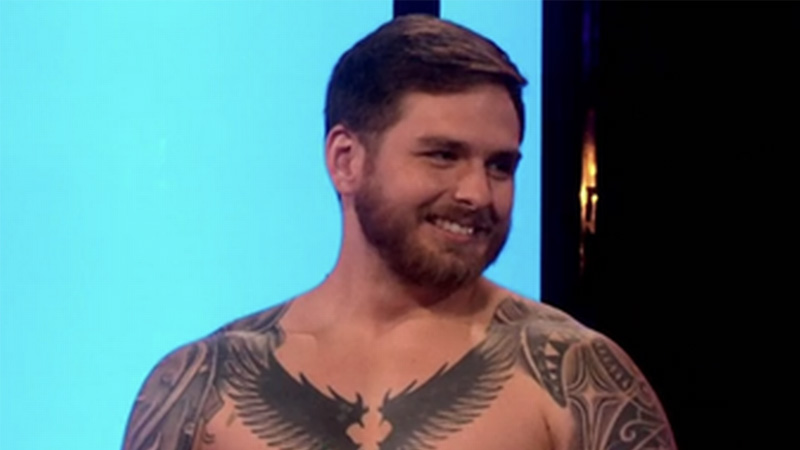 A former US serviceman who found fame by getting his kit off on Naked Attraction is now looking to build an animal sanctuary in Scotland- partly funded by selling saucy snaps. Ex-Marine Conor, 24, appeared on the hit Channel Four show last November leaving viewers wide-eyed at his tattooed physique.

The American, who lives in Edinburgh, also describes himself as a ‘sex worker’ and makes money by selling nude pictures of himself on OnlyFans. He had moved from the states to study in the UK.

But his biggest dream is to open his own place for animals- which he said started when he was on the plains of Afghanistan- and has gathered a team around him to help.

He said: “This is also why I have been building up my social media presence so hopefully this reaches who it is supposed to reach. “As many of you know I’m building an animal sanctuary up in Scotland and I need some help.

“Today especially we had an amazing breakthrough where a landowner got in contact with us and we might be able to get some land- which is huge.

“While this meeting with the landlord was very positive it was also very informal and as we move forward we will have more formal meetings which means we will need a couple of things. “One of those things is a feasibility plan.

“If you or anyone you know would like to get involved in an organisation like ours, especially if you have a degree in marketing, finance or business, please contact us.”Conor said he planned to take himself ‘out the picture’ when the sanctuary was up and running.

He told the Record: “The idea really came about last year, before then I was working with another charity and it has been eye-opening to see the amount of work involved.

“It has been absolutely amazing though and the amount of goodwill from everyone has just been incredible.

“We have four or five people working directly with us but I’ve had hundreds of emails from people looking for ways they can help out.

“We hear back about the land on May 4, which is fantastic as we never expected it so quickly. “If we are unlucky we will keep going and look at other potential sites.

“We are looking at property in Fife just now. It has a bit of deprivation and I think our mission could really help some people. “It is also an absolutely beautiful part of the country and the scenery is amazing.

“People might know me from Naked Attraction but as soon as this is up and running I’ll be trying to keep myself out of the picture.”

On his website, Conor described how the inspiration came to him.

He wrote: “My dream began in 2012 when I was in Afghanistan with the United States Marine Corps, as I was sitting on post looking into a empty field I couldn’t help but to think of what my next step in life should be, this is when I knew I wanted to work with animals more than anything.

“As soon as I left active duty I moved back to California to be close to my family but knew I couldn’t spend my life there. “After a year of applying for universities across the world I finally began working on my B.S. in Biology in Scotland in 2017.

“During this time I was also volunteering with a local charity whose mission was to rehabilitated horses that were abused, neglected, or abandoned. I realized very quickly that this type of philanthropic work was my passion.

“For me, there was no limit to what I could do to help these animals. I started an OnlyFans account as a supplemental source of income for the charity, making good on my promise that these horses would never be without.

“I want to create a place to rescue animals who would otherwise be left for dead or abandoned by the agricultural complex. A place which will offer options to young people ageing out of foster care to live, grow, and work while finding out who they want to be.

“And finally, a place that can be used by the everyday individual to get in touch with themselves and develop a deeper respect for the lives of agricultural animals.

“Knowing that this is a huge undertaking, I am reminded daily by how much this is going to cost to get started. But with the community I have built on OnlyFans and the help of individuals like Hanna and Shelby, I full heartedly believe this is something we can do and do the right way.”

A note on his website adds: “Right now most of our donations come from OnlyFans and the Conzo’s content. While this fundrasing source does help, it only provides one way that people can contribute, namely by seeing Conzo’s naughty bits.

“In order to make it easier, we’ve set up a PayPal donation button which is connected to a charity account.

“As our social media presence grows, we will continue our expansion to other crowd-funding platforms to really spread our message about our mission.”