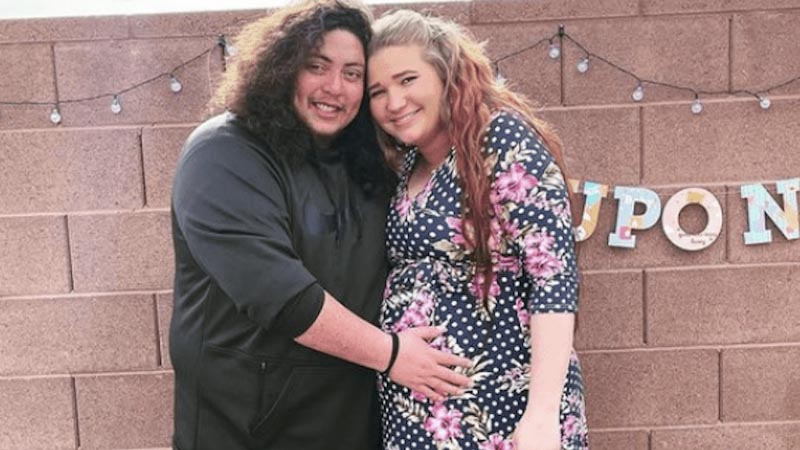 The couple is already parents to daughter Avalon, whom they welcomed in April 2021

The Sister Wives couple, who are expecting twins in early December, will have sons, their rep confirms exclusively to PEOPLE. Mykelti Brown, the daughter of Sister Wives stars Christine and Kody Brown, and Tony has a 16-month-old daughter named Avalon Asa.

“I’m excited for all three of my kids to be so close together in age,” Mykelti, 26, tells PEOPLE. “They’ll always have a friend to play with. And Tony and I will be very outnumbered sooner than we realize, it should be a fun adventure.”

The couple announced their exciting news of twin boys with a fun reveal that included confetti powder poppers and a piata. To announce the happy news, the blue and pink question-mark-shaped piata contained small blue candies inside.

In June, a rep for the couple confirmed the happy pregnancy news to PEOPLE exclusively.

“I’m extremely excited for the twins to come,” Mykelti told PEOPLE. “Nervous as well especially for the first 18 months of their lives, but it will be a wonderful adventure.”

Added Tony, “I’m excited about having double the trouble and double the fun.”

“I’m so excited, they’re going to be such great parents,” said Christine at the time. “I know they’re a bit overwhelmed because it’s twins, it’s a lot of work but I live close, and Aspyn lives close.”

“She’s got such an amazing support system, we’re all so excited,” she continued. “They’ve been incredible parents with Avalon and now we get to see them be parents again!”

Kody’s fourth and fifth grandchildren will be welcomed. Maddie Brown Brush is the mother of two children, Evangalynn Kodi, two, and Axel James, five, whom she shares with her husband Caleb Brush. She also revealed last month that she is expecting a second baby in February.

Mykelti and Tony, 27, married in a luxurious ceremony in December 2016. They got married in front of more than 400 guests at the Bloomington Country Club in St. George, Utah. They followed it up with a reception with a Mexican vintage theme.