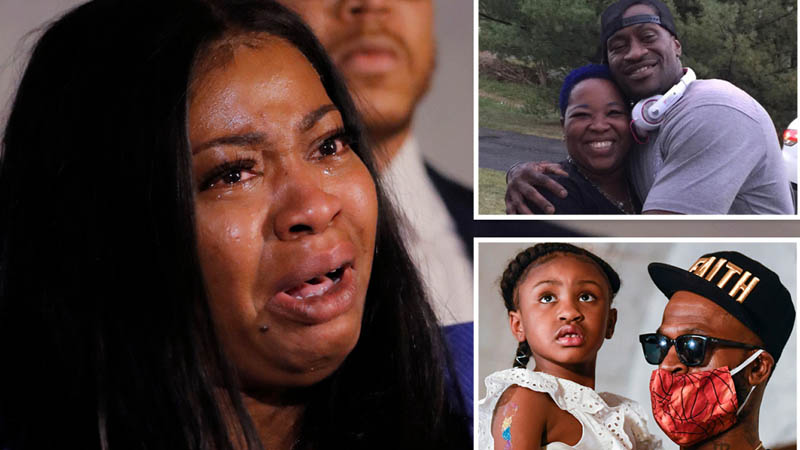 The mother of George Floyd’s 6-year-old daughter Gianna is addressing the nation, one week after his death.

In a press conference on Tuesday, Gianna and her mother, Roxie Washington, stepped up to a podium to demand justice for the 46-year-old, who was killed while being detained by a Minneapolis police officer. “I don’t have a lot to say because I can’t get my words together right now, but I wanted everybody to know that this is what those officers took,” Roxie, pointing at her daughter.

She continued, “At the end of the day, they get to go home and be with their families. Gianna does not have a father. He will never see her grown up, graduate. He will never walk her down the aisle. If there’s a problem and she needs a dad, she does not have that anymore.”

Then, after a statement from their representatives and George’s family, Roxie told those in attendance that she will always remember when he first met their daughter. Roxie recalled, “He was so happy to have her. He slept the whole time that I went through labor but when he heard her cry he got up, walked up. I still have a picture of him waking up and seeing her. He loved her, he loved her so much.”

On Tuesday, it was announced the 46-year-old will be laid to rest after he’s memorialized in memorials taking place in three separate cities.

George Floyd died on May 25 while under arrest by former police officer Derek Chauvin. Chauvin is facing third-degree murder and manslaughter charges. He and three officers were fired for their involvement in Floyd’s detainment.

We stands in solidarity with the black community against systemic racism and oppression experienced every day in America,” the network said in a statement on May 31. “We owe it to our black staff, talent, production partners and viewers to demand change and accountability. To be silent is to be complicit. #BlackLivesMatter.”

The 2020 Land Rover Defender Has Arrived in the US

Comedian Jerry Stiller has died at the age of 92