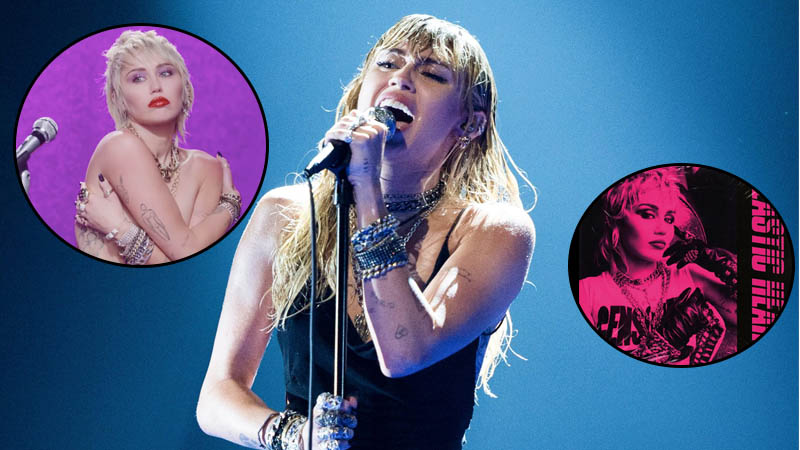 Miley Cyrus revealed she will release her next album, Plastic Hearts, on Nov. 27She is (finally) coming!

Miley Cyrus will release her seventh studio album, Plastic Hearts, on Nov. 27, the pop star announced on Instagram Thursday night. The new album will feature 12 original tracks — including her latest hit, “Midnight Sky” — as well as her live covers of “Heart of Glass” (Blondie) and “Zombie” (The Cranberries).

Cyrus also revealed the black-and-pink album art for Plastic Hearts, which was shot by famed rock photographer Mick Rock, who has photographed music icons from David Bowie to Debbie Harry.

Plastic Hearts is Cyrus’s first full-length project in more than three years. Last year, the star released She Is Coming, the first of a trio of slated EPs. But she scrapped the second and third installments after announcing her divorce from Liam Hemsworth. The Australian actor, 30, filed in August 2019, and they settled their divorce last December, one year after their intimate home wedding.

Cyrus, 27, opened up about how her life — and the wildfire that destroyed her Malibu home — informed the new album in a handwritten note she shared on Instagram.

“I began this album over 2 years ago. Thought I had it all figured out. Not just the record — its songs/sounds but my whole f—ing life. No one checks an ego like life itself,” the Grammy-nominated artist wrote. “Just when I thought the body of work was finished… it was ALL erased. Including most of the musics relevance. Because EVERYTHING had changed. Nature did what I now see as a favor and destroyed what I couldn’t let go of for myself. I lost my house in a fire but found myself in its ashes.”

Cyrus added: “Luckily my collaborators still had most of the music that was burned up in journals and computers filled with songs for the EP series I was working on at the time. But it never felt right to release my ‘story’ (each record being a continual autobiography) with a huge chapter missing. If it were a chapter in my book I guess I would call it ‘The Beginning’ which usually when something is over we call it ‘The End.’ But it was far from that.”

The Hannah Montana alum ended the letter, writing: “Well that’s ‘the plan’ anyway — Had one of those before…. But seriously — it’s really coming. Think you’ll love it. If you don’t — f— you.”

Since her country-tinged 2017 record Younger Now, Cyrus has moved in a more rock ‘n’ roll direction. Last year, she released the ’90s-influenced breakup anthem “Slide Away,” and her latest single “Midnight Sky” sounds like a modern, disco-lite “Edge of Seventeen” — Stevie Nicks even gave her blessing!

4 Ways How to Survive Terrible Coworkers