The teen idol, who recently reunited with the boyfriend Liam Hemsworth, said,  “Rock Mafia is my family and there’s nothing that means more than creating with them.”

In the short video, Zegers chases the 17 year old Cyrus through the streets of New York after she escapes a car crash almost kissing her at a number of points, He eventually engages in a passionate lip-lock with the Hannah Montana star only to realize that she is nothing but a figment of his imagination. 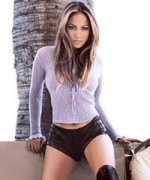 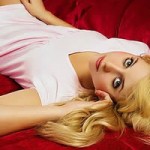