The ultra favorite Disney Teen Idol Miley Cyrus disappoints her fans with her more mature image reflected in the midriff-baring album and more provocative tone of her new single “Can’t be tamed” Cyrus might be trying to become what she is not with her more rebellious “Can’t be tamed” Her previous album cover of Hannah Montana, being a personification of wholesome American Beauty is far demure and modest then her new album cover.

Cyrus is also having some trouble on the Hot Digital Songs chart. The album’s punchy title track falls from #12 to #21. The four other songs from the album that appeared on the 200-deep Digital Songs chart last week all fell off the chart this week. “Party in the U.S.A”. holds at #74 in its 47th week. “The Climb” drops from #136 to #179 in its 70th week. 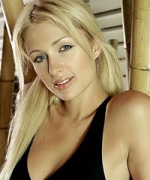