Michael Douglas, 65, opened up about his family’s tendency for strained father-son relationships. Michael Douglas accepts ignoring his son Kirk Douglas and how he repeated his father’s mistakes while raising his son.

No one would know this better than Douglas, who is both the son of a actor and the father of one. His priority was his career just like his fathers. Cameron Douglas, 31, was recently sentenced to faces at least 10 years in prison for to trafficking crystal meth and cocaine. Michael Douglas, himself went to rehab in 1992 for excessive drinking.

Michael Douglas feels the pain of this and claims so does anyone whose child is in substance abuse. He says it is a painful lesson but everybody’s got difficult things in life. Michael Douglas has tried to be a better family man with his current wife Catherine Zeta-Jones and their kids Dylan and Carys. But despite the rough relationship Michael Douglas had with his own father, he has now made peace with it. 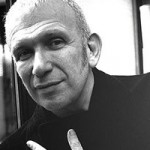