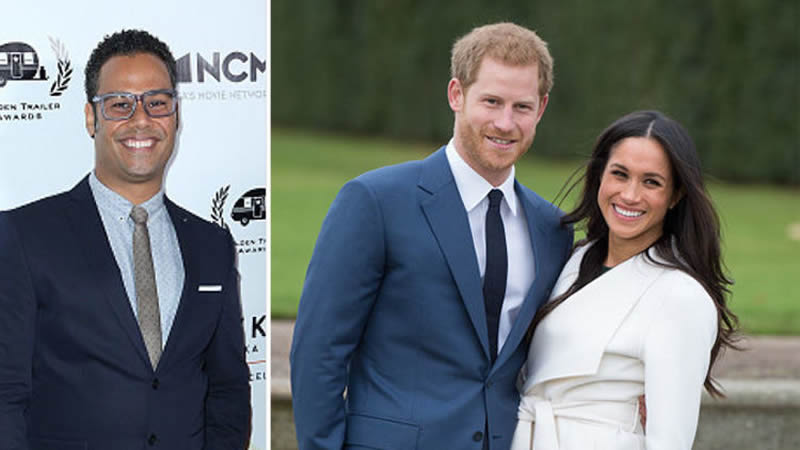 Numerous close friends and past coworkers of Meghan Markle have spoken out against an early March report in The Times that a bullying claim was filed against Duchess of Sussex for her treatment of aides. Now, her childhood boyfriend Joshua Silverstein is going on the record to explain why he doesn’t buy the aides’ claims at all—and how he can only see Meghan, an American woman of color, doing what she needs to survive in the British royal institution, a very white system that is not all that welcoming to outsiders.

Buckingham Palace, for context, announced it was investigating the bullying claim in the days leading up to Meghan and Harry’s Oprah interview, despite the Sussexes’ rep calling it “a calculated smear campaign based on misleading and harmful misinformation.” The Palace is doing no public investigation of the unsettling claims Meghan and Harry made in the interview about the racism they faced in the institution and the royal family’s lack of regard for mental health.

In a brief statement released on behalf of the Queen two days after the interview aired, the Palace said, “The issues raised, particularly that of race, are concerning. While some recollections may vary, they are taken very seriously and will be addressed by the family privately.”

Meghan’s ex Silverstein told Us Weekly that he doesn’t “personally see her” mistreating palace staff. “I see her doing whatever it is she feels like she should do in order to be happy and coexist within a system that has probably not been very welcoming to who she is and where she comes from,” he said.

“When you find women of color—particularly Black women—standing up for themselves and speaking out and speaking against what they feel [is] disrespect or oppression, often times whiteness tends to classify that in negative ways because they don’t want that to happen,” he continued. “It’s almost like people are expected to know their place and whenever they don’t fall in line with that, then people say it’s a problem.”

Silverstein told the outlet he expects the scrutiny of Meghan and Harry to continue despite their permanently stepping back from their senior royal family roles and moving to California.

“She’s probably having to make hard decisions and uncomfortable ones for the sake of just being able to smile the next day,” Silverstein said. “That’s what life is about—making tough decisions so that you can live the life that allows you to thrive as the person you want to thrive as. As long as she’s happy and he’s happy, that’s all that matters.”

7 Signs Your Marriage is Over