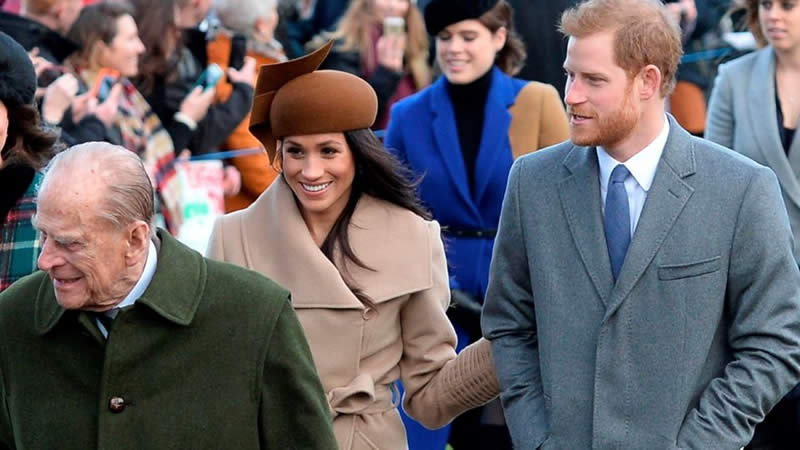 According to recent reports, Meghan Markle would not be travelling to the UK to attend Prince Philip’s funeral. Check out the details.

After Prince Philip’s demise on April 9, the world mourned the loss of the Duke of Edinburgh. The royal family members have given their statement, paying tribute to him. Prince Philip was admitted to King Edward VII Hospital in the month of February and was unwell for several days. Recent reports suggest that Prince Harry would attend his grandfather’s funeral at St George’s Chapel, in Windsor. The Duke of Sussex hasn’t visited the United Kingdom ever since he and Meghan Markle stepped down as full-time working members at the royal family.

The Sussexes interview with Oprah Winfrey drew light on heavy topics revolving around Meghan’s time at the palace. According to a recent report by People magazine and The Independent, the Duchess of Sussex will not be attending Prince Philip’s funeral due to her pregnancy. A Buckingham Palace spokesperson stated at a news briefing that Meghan Markle “has been advised by her physician not to travel”. Meghan is heavily pregnant with a baby girl, as the duchess revealed in the interview with Oprah. Meanwhile, a source told Harper’s Bazaar that, “The Duchess has made every effort to travel alongside The Duke, but unfortunately, she did not receive medical clearance from her physician.”

Harry and Meghan released a statement after the announcement of Prince Philip’s demise on Friday. The Sussexes wrote on the front page of their charitable foundation Archewell’s website. “In loving memory of His Royal Highness the Duke of Edinburgh 1921-2021. Thank you for your service… you will be greatly missed.” the website read.