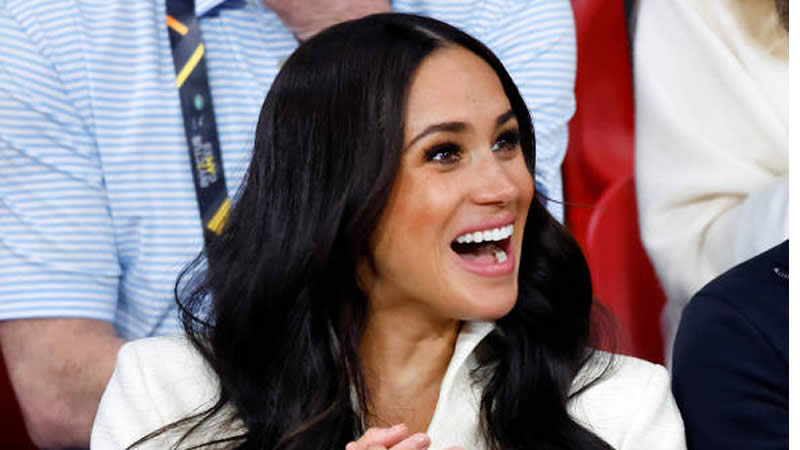 Meghan Markle’s plan to relaunch her lifestyle blog The Tig in September 2021 ran into difficulties after she allegedly failed to apply for the reactivation of The Tig trademark, according to a royal expert.

The Duchess of Sussex did not sign the application, according to royal commentator Richard Eden. Meghan was told to “twiddle her thumbs” for six months before applying again, according to a Daily Mail columnist.

“Now, the U.S. Patent and Trademark Office has informed the Duchess of Sussex she will have to twiddle her thumbs for six months before being able to apply again.

It has also told her the original description of the website was ‘too broad’, “ Eden added. The commentator also recalled how Meghan applied to trademark the word “archetypes,” which first appeared in the English language 470 years ago, after deciding to use it for the title of her Spotify podcast channel.

According to the Latin Times, Meghan ran a lifestyle blog called The Tig before marrying Prince Harry. She documented everything in her life, from her favorite vacation trips to her favorite bottles of wine. She was allegedly forced to drop it after joining the British Royal Family.

Commentators believed that the 40-year-old deeply regretted it, so when the couple relocated to the United States after relinquishing their senior royal duties, it was rumored that The Tig would return.

Meanwhile, Netflix has officially canceled the development of The Archewell Productions’ “Pearl,” an animated series for which Meghan served as executive producer alongside Elton John’s husband, David Furnish.

The show was canceled due to budget cuts and a drop in subscribers. The animated series was supposed to follow the adventures of a 12-year-old girl who was inspired by famous people.

Meghan’s decision to drop her animated project has been dubbed a “complete disaster” for the Sussexes. A royal commentator has claimed it “looks as if there’s not much that they’re able to do apart from moaning about the royals.”

The company formed by Harry and Meghan, Archewell Productions, will continue to work on other projects with Netflix, including Harry’s “Heart of Invictus,” a documentary series about the Invictus Games and its athletes.