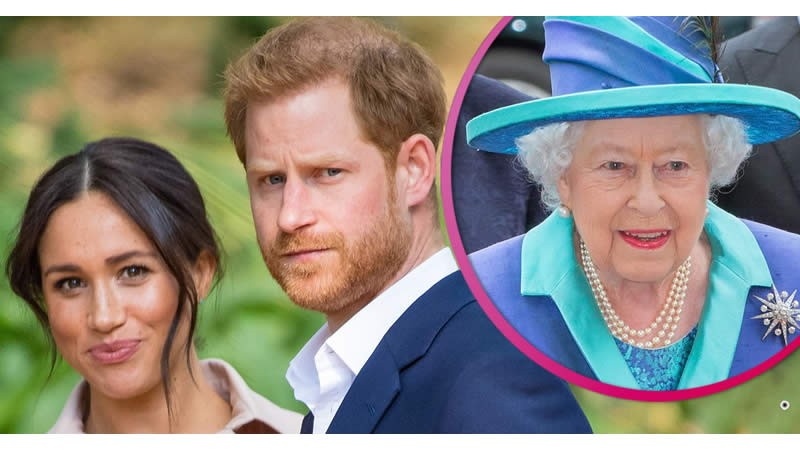 On Tuesday, Meghan’s friend Gayle King told American viewers on CBS This Morning that the Duke of Sussex spoke with his brother Prince William and his father Prince Charles amid the fallout from their Oprah interview.

However, the TV presenter claimed the couple told her the talks were “unproductive”.
Sources told the Mirror that the private conversations being revealed “would cause alarm” among senior royals.

In addition, the insider added: “This type of behaviour could have huge implications for trust between the camps moving forward.”
Meanwhile, another source added: “None of the households – the Queen, Prince of Wales and Duchess of Cornwall, and the Duke and Duchess of Cambridge – will be giving a running commentary on private conversations.”
ED! has contacted reps for Buckingham Palace for comment.

What did Gayle King say?
It comes after Gayle made the comments to American viewers on CBS This Morning on Tuesday.

This type of behaviour could have huge implications for trust between the camps moving forward.

She said: “Well, I did actually call them to see how they are feeling, it’s true, Harry has talked to his brother and his father, too.”

But she added that the conversations weren’t “productive”.
In addition, she also said the Duke and Duchess of Sussex are “glad they at least started a conversation”.

What did William say about talks with Harry?
Meanwhile, last week, William confirmed he hadn’t spoken to his brother yet following the Oprah chat.

Meghan and Harry spoke with Oprah about their exit from royal life and made a series of explosive revelations and claims.

One included Meghan alleging there were ‘concerns and conversations’ within the family about how dark Archie’s skin colour might be when he was born.

William and wife Kate Middleton were out to promote a mental health initiative for children as they visited School 21 in London.
A reporter asked the Duke of Cambridge: “Can you just let me know, is the Royal Family a racist family?
Meanwhile, William replied: “We’re very much not a racist family.”

In addition, he also said he hadn’t spoken to his brother but would be.