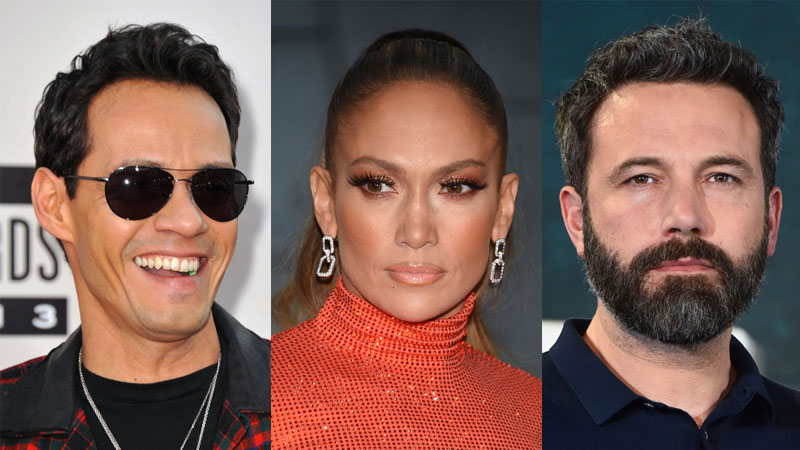 All for the kids. Marc Anthony’s response to Jennifer Lopez and Ben Affleck’s relationship proves that he’s “happy” for his ex-wife as long as their kids are happy, too.

The salsa singer, who was married to J-Lo from 2004 to 2014, is reportedly on board with her dating the Argo producer. “Marc just wants Jen to be happy and fulfilled,” a source told Entertainment Tonight on Wednesday, June 9, noting, however, “His main concern is the well-being of J.Lo and their kids. As long as Ben keeps her and their kids happy, he has Marc’s stamp of approval.”

Marc and J-Lo share 13-year-old twins Max and Emme. Their kids currently attend school in their dad’s city of Miami, though like many students, they switched to remote learning in 2020, TMZ reports. However, it seems that their mom J-Lo is now considering a change of scenery altogether: On Tuesday, June 8, E! News reported that Jennifer is planning a move to Los Angeles with her kids to be closer to Ben.

According to the site, the “In the Morning” singer is reportedly “packing up her Miami rental” and getting ready to make the cross-country move to give her rekindled relationship with her former fiancé another try. “She will be between L.A. and the Hamptons this summer, but L.A. will be her base,” a source told the outlet. “She is looking at schools for her kids in the fall.” The insider also noted that J-Lo “is excited about a fresh start and pursuing things with Ben. They will be at their L.A. home soon.”

Ben, for his part, has three children of his own living in the city of angels—Violet, 15, Seraphina, 12, and Samuel, 9—whom he shares with his ex-wife, Jennifer Garner. The pair married in 2005 and separated in 2015. Despite their split, Ben’s ex-wife is also “happy” for the actor. “Jen Garner is accepting of Ben and there is no animosity,” a source told ET on Wednesday. “As long as Ben stays on track and keeps the situation healthy, especially regarding the kids, then Jen is happy.” From the sounds of it, Bennifer 2.0 got their exes’ blessings all around!