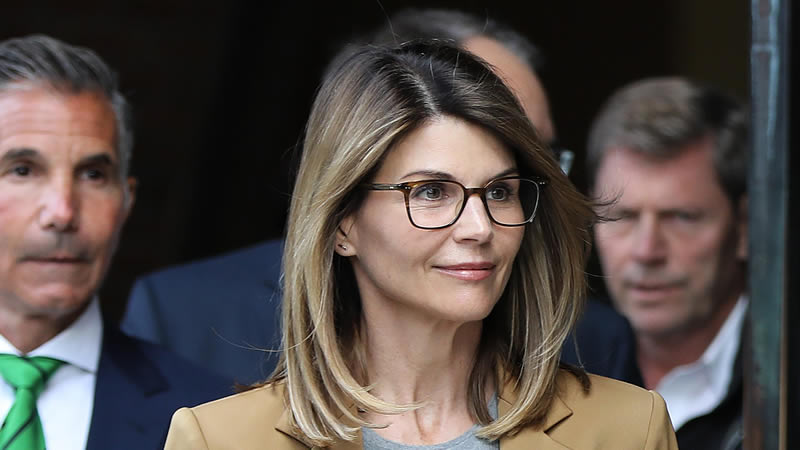 Lori Loughlin and Mossimo Giannulli are looking forward to moving on now that they’ve both completed their prison sentences for their roles in the college admissions scandal.

“Mossimo is, of course, happy to be done with the home confinement,” a source tells PEOPLE. “They are both beyond relieved to have completed their prison sentences. Mossimo has to finish his community service, but then he can really move on.”

The source adds, “Lori is a wonderful wife, mother and friend. She and Mossimo made huge mistakes. They have taken responsibility for them and just want to start fresh now.”

As for the future, the source says that Loughlin, 56, would love to be able to return to work and that the pair are looking forward to being able to spend time together.

“Lori still hopes she can get back to acting at some point,” the source shares. “Mossimo can’t wait to play golf. They are also hoping to take a trip later this year.”

According to the criminal complaint against them, the couple was accused of paying $500,000 to Rick Singer and Key Worldwide Foundation to falsely designate their daughters, Olivia Jade Giannulli, 21, and Isabella Rose Giannulli, 22, as recruits to the University of Southern California crew team, even though neither ever participated in the sport.

Following her Dec. 28 release from prison, a source told PEOPLE that Loughlin’s focus was on her husband.

“Lori is still in the moment of enjoying being back at home,” a source said at the time. “The next big focus is of course to have Mossimo back home. No one can visit him in prison, because of COVID. He stays in touch with his family via phone calls. It seems Lori will put everything on hold until Mossimo is home. She isn’t really thinking about anything else.”

“She previously expressed that she would love to act again at some point,” added the source. “She always loved her career. She loves filming and creating movies. The only focus right now though is to reunite with Mossimo.”

MSX by Michael Strahan is now available at mens wearhouse

This May Double Your Risk of Dementia, Study Shows