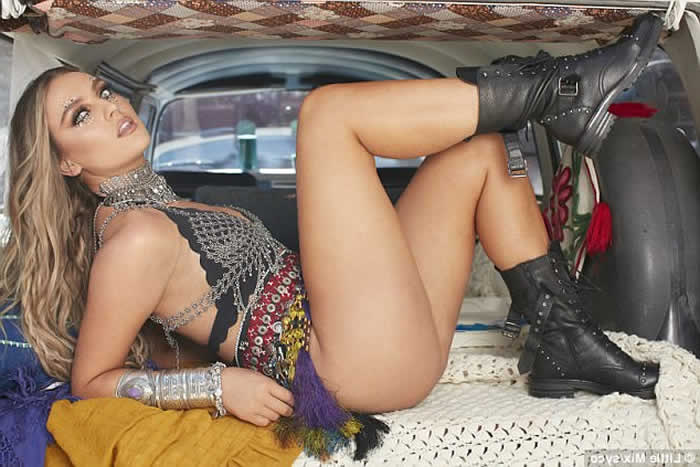 They’re known for their raunchy videos and sassy sex appeal – and Little Mix haven’t held back when it comes to their new music video, Power.

The song is a girl power anthem and has been the track fans have been demanding as a single since the album release. 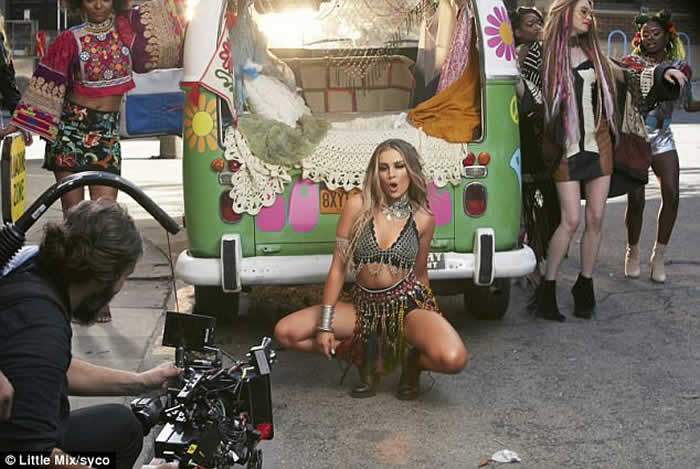 Perrie Edwards, 23, looked incredible as she writhed around in a car wearing a very chainmail bra top and hot pants. Wearing a colourful feathered belt around her waist, the singer looked super sexy in stills from the video which is set to be released in a few weeks.

Perrie was in good company as bandmate Leigh-Anne Pinnock, 25, wore a pair of hot pink Balenciaga boots which came right up to her waist. 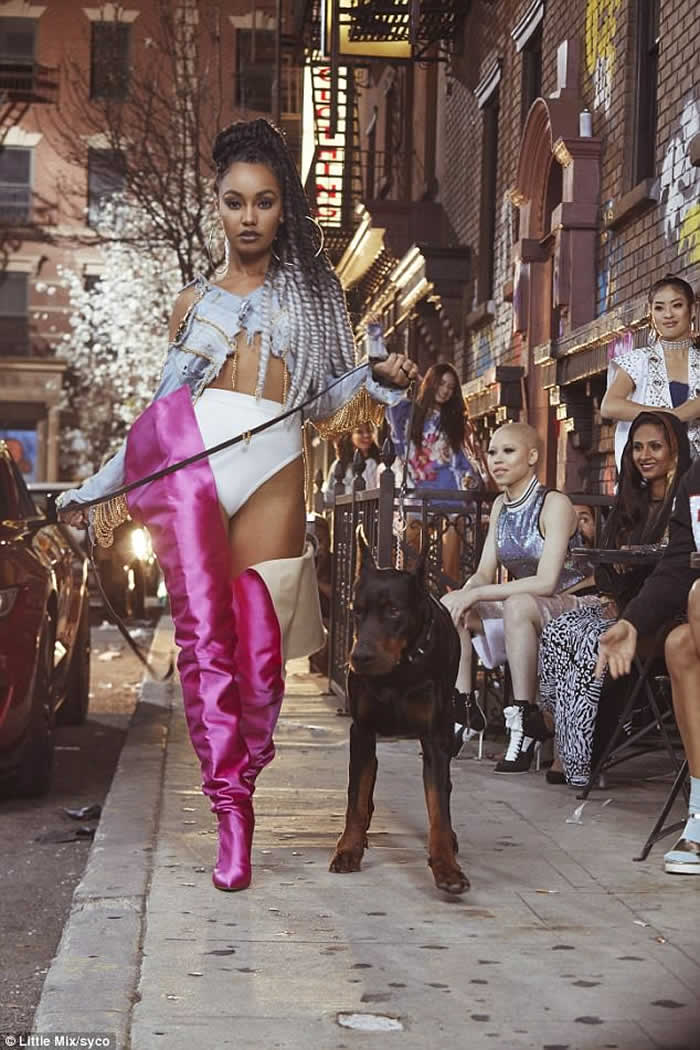 While walking a dog, she held the lead in her hand in a very provocative fashion while smouldering for the camera.  She teamed her boots with white briefs and a very skimpy denim jacket which was held together with one button.

Jesy Nelson, 25, wore a bondage style leotard complete with belt buckle and wore customized knee high boots which had the word ‘power’ written on one leg. While Jade Thirlwall, 24, went for a Studio 54 look, wearing a sequin mini dress which had a heart and barb wire design.