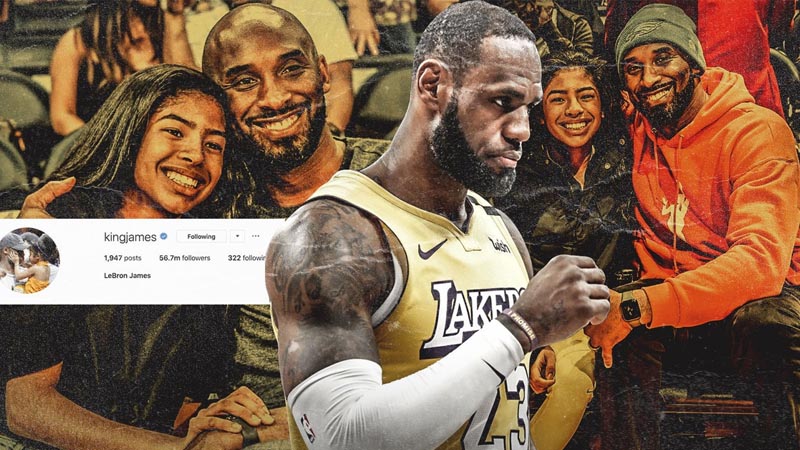 The Los Angeles Lakers are back on the court after winning the 2020 NBA championship and LeBron James made sure to pay his respects to Kobe and Gianna Bryant.

On Sunday, James and the Lakers rang in their first day of training camp in preparation for the start of the season later this month. During the practice, James — who recently signed a contract extension with the team that will keep him in Los Angeles until at least 2023 — wore a limited edition shirt featuring Kobe and Gianna. The shirt was passed out to visitors who attended a memorial service for the two held at Staples Center in February, nearly a month after they died in a helicopter crash.

James posted a picture of himself in the shirt to his Instagram Story, tagging Kobe’s widow, Vanessa Bryant, and her oldest daughter, Natalia. He also included the hashtags “Mamba” and “Mambacita” — Kobe and Gianna’s nicknames — with their basketball jersey numbers (No. 8 and 24 for Kobe, and No. 2 for Gianna).

The Lakers will start the NBA preseason on Friday with a game against their hometown rivals, the Los Angeles Clippers. They’ll face the Clippers once again on Dec. 22, when the league officially begins the 2020-2021 season.

As CBS Sports notes, this will be the quickest the NBA has returned after a break in its history. The decision was reportedly spurred on by the league’s desire to have as much of the season completed before the start of the Tokyo Summer Olympics in July.

hortly after the Lakers beat the Miami Heat in the 2020 NBA Finals in October, James shared an image of himself with one of Kobe’s jerseys on Instagram.

Khloe Kardashian reflects on being rude to Kris Jenner on KUWTK; Says ‘I’m not proud of how I spoke to my mom