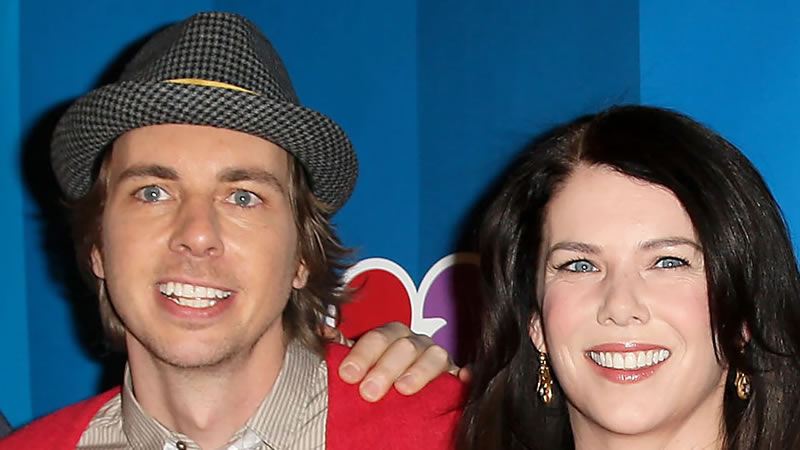 During an interview on Jimmy Kimmel Live, the actress hilariously detailed what it’s like living in the same neighborhood as her former Parenthood co-star and TV brother. “Dax has been working on his new house,” Graham told host Jimmy Kimmel, “and the way we’re situated I like pass him and he—it’s a beautiful house it’s gonna be incredible—but he basically took what others might consider to be the front lawn and turned it into a massive driveway for all his cars.”

“He has this thing that I assumed was just for these times, which is the most massive like band tour bus,” the Gilmore Girls star said as an image of the RV appeared on the screen. “I pass this every day and I was like, ‘Gosh, when are they gonna get rid of the bus?’ He’s out of his mind.”

Graham, who is in a relationship with fellow Parenthood alum Peter Krause, shared that Shepard actually bought the vehicle so it’s really not going anywhere.

Kimmel went on to recall seeing the photos of Shepard and wife Kristen Bell’s motorhome when the actor appeared on the show in January. “I was wondering if it was causing any kind of concern in the neighborhood,” Kimmel laughed. “And apparently it is.”

That’s when Graham noted, “We gave up a long time ago.”

“He rides around topless on a motorcycle,” she revealed. “You have to just love him.”

Take a look at the video above to see Graham hilariously call out Shepard! Plus, see what she really thinks about the resurgence of Gilmore Girls on Netflix.