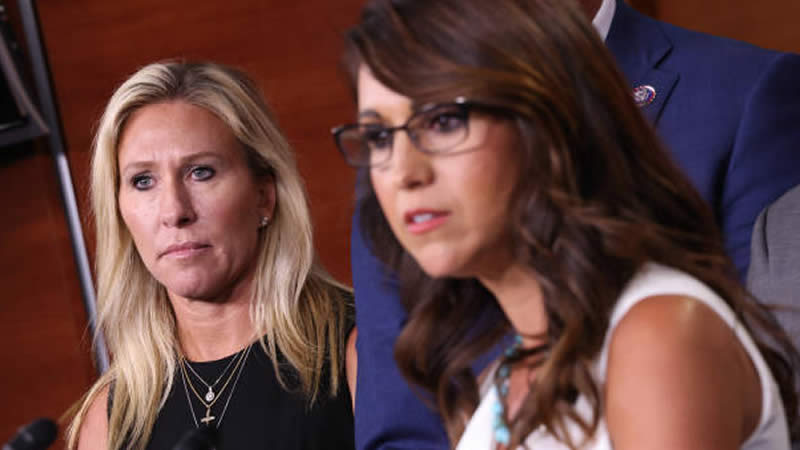 Representatives Lauren Boebert and Marjorie Taylor Greene apparently fought in the restroom earlier this month during the long speaker vote.

The Republican congresswomen were on opposing sides of the party’s fight for the speakership. Ms. Greene strongly backed Kevin McCarthy, who was eventually chosen, while Ms. Boebert opposed him.

Multiple sources informed The Daily Beast that on 3 January, the first day of the new Congress, Ms. Greene and Ms. Boebert got into a screaming match in the lady’s toilet in the Speaker’s lobby.

“Greene questioned Boebert’s loyalty to McCarthy, and after a few words were exchanged, Boebert stormed,” one source said.

According to another source, Ms. Greene criticized Ms. Boebert for accepting money from Mr. McCarthy and then voting against him.

“You were OK taking millions of dollars from McCarthy but you refuse to vote for him for speaker, Lauren?” the Georgia Republican reportedly said. Ms. Greene was reportedly in a stall and upon coming out, confronted Ms.

Robert about taking Mr. McCarthy’s money, but Ms. Boebert was not aware Ms. Greene was in the restroom.

“That’s when Lauren said, ‘Don’t be ugly,’” the first source said before she “ran out like a little schoolgirl.”

“See you later,” Ms. Boebert reportedly told The Daily Beast. “Bye,” she said when asked about the exchange.

Ms. Boebert joined a group of House Republican Conference members on the right who rejected Mr. McCarthy’s effort to lead the House.

Representatives Andy Biggs of Arizona, Bob Good of Virginia, and Matt Gaetz of Florida all opposed Mr. McCarthy for various reasons before eventually relenting and enabling Mr. McCarthy to take over as speaker during a late-night vote.

The tension between the two Republican lawmakers has been building for some time, since they are on different sides of the Ukraine conflict, with Ms. Boebert favoring giving financial aid to Ukraine in its fight against Vladimir Putin and Ms. Greene opposing it.