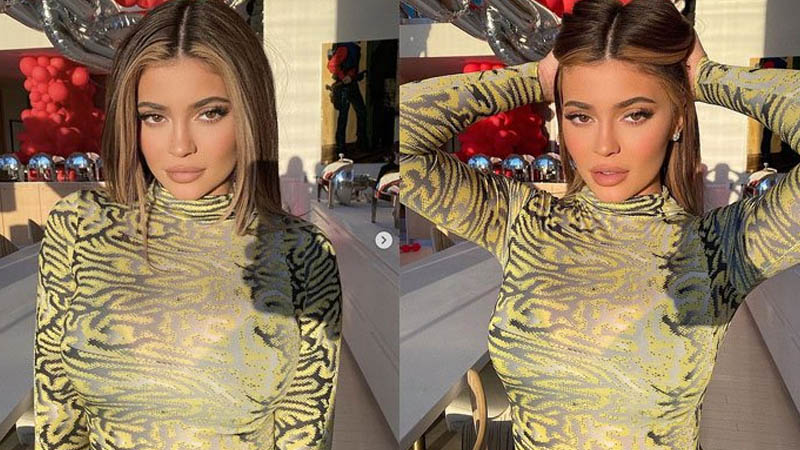 Reality star Kylie Jenner wowed her millions of fans as she gave them a close look at her highlighted hair in a series of Instagram photos on Friday. The picture was captured Monday while the ‘Keeping Up With The Kardashians’ star celebrated her BFF Stassie Karanikolaou’s 23rd birthday party.

She showed off her curvy figure in an eye-catching patterned bodysuit that mirrored one she wore back in January.

The makeup mogul simply captioned the photo with four white hearts and a partly cloudy emoji.

In a follow-up photo, she swept her hands through her hair while gazing seductively at the camera and showing off her best pout.

Why did The Weeknd arrive at the VMAs with blood and bruises all over his face?