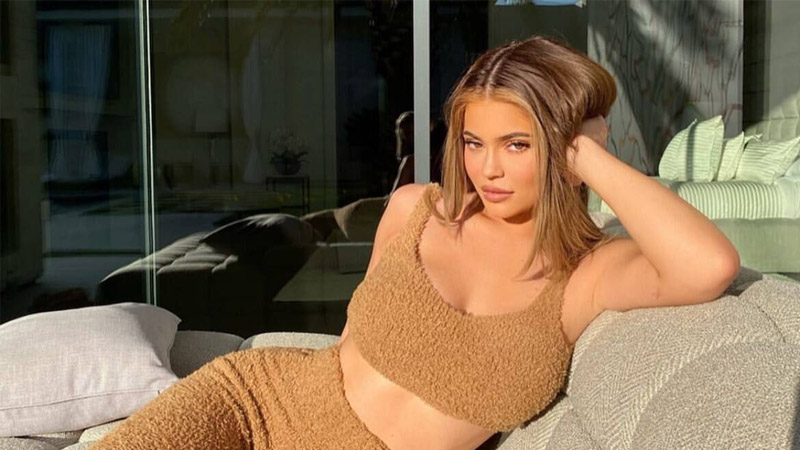 KYLIE Jenner is feeling the heat again from fans upset over her use of a pricey, gas-guzzling private jet.

She went to Milan, Italy by jet on Wednesday to partake in a photo op for Kylie Cosmetics.

The reality actress posted a series of pictures and videos on her Instagram account showing herself getting behind the look the making her own makeup collection.

Although the 24-year-old was criticized by fans for “pretending” to be a scientist, they were not impressed.

And a lot of people thought it was a waste of her to use so much fuel.

Soon after landing, The Kardashians star covered her face in an enormous pink hoodie.

She hid her face with a matching pink purse and her eyes with dark sunglasses.

Kylie recently received criticism from fans after taking a 17minute journey on her $72.8 million private plane.

The driving distance by car from Camarillo to the Van Nuys Airport is about 40 miles, and it should take about 45 minutes.

Fans were upset by the waste of resources and fuel, with one calling the Los Angeles native a “climate criminal” and demanding that these flights be banned.

Another person tweeted that the “worst thing about this is that Van Nuys is 16 miles from Calabasas, where she lives.”

They added, “She went 26 miles in the opposite direction to take a flight.”

One fan commented, “It’s beyond disgusting and horrific!!!!”, with another agreeing, “It’s so disgusting.”

Kylie visited the Kylie Cosmetics lab once she got there, pretending to start working while wearing a white lab coat.

The Hulu star took pictures of a shelf full of sparkly makeup jars and a test tube with products inside.

As it was weighed and measured, she leaned over a glass jar filled with a scarlet liquid.

After watching the makeup swirl continuously in the glass, Kylie put some gold and white powder into a scale to quantify it.

The mother of two captioned her post: “In the lab creating new magic for you guys 💕 better than ever. @kyliecosmetics.”

But fans were not happy with the post, slamming the TV star as they claimed she was “pretending” to be a scientist.

They raced to Reddit to discuss the situation, one writing: “I feel like that how you just know this is staged; there’s no way she would be allowed to walk around like that if these were actually products to be sold-maybe in the development stage its ok, but I’m fairly certain she’d have to have a hairnet on the production floor.”

“Flew all the way to Milan just to pretend she was in the lab making new products that are going to end up being repeat colors of previously released products,” a second ripped.

Meghan McCain melts down as Arizona has gone ‘full-blown MAGA’

Difference Between a Heart Attack and Cardiac Arrest: Symptoms & Causes