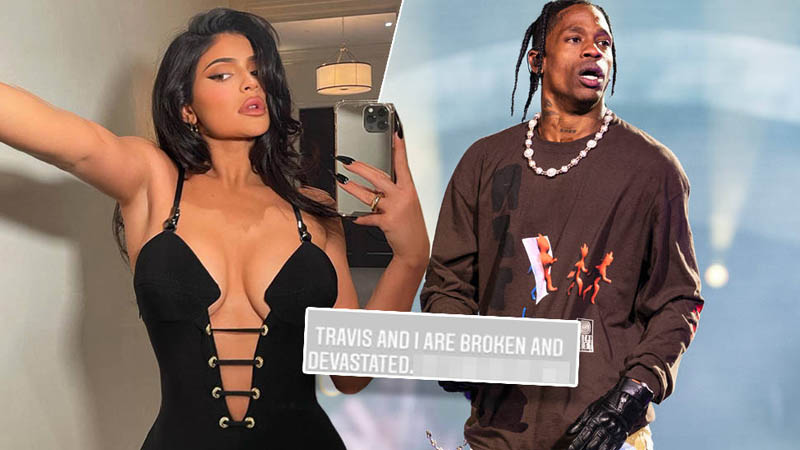 As per People Magazine, Kylie too was present at the Astroworld festival. A source revealed that the expectant mother and her sister, Kendall Jenner, were both okay and did not get injured in the incident at NRG Park.

Kylie Jenner, who is currently expecting her second baby with Travis Scott, has spoken up following a mass casualty event at Scott’s Astroworld festival in Houston, which left eight people dead and many injured on Friday night.

Taking to her Instagram Story, the beauty mogul issued a statement in which she expressed her reaction to the tragic event. “Travis and I are broken and devastated.

My thoughts and prayers are with all who lost their lives, were injured, or were affected in any way by yesterday’s events. And also for Travis who I know cares deeply for his fans and the Houston community,” she wrote.

I am sending my deepest condolences to all the families during this difficult time and will be praying for the healing of everyone who has been impacted,” she added.

As per People Magazine, Kylie too was present at the Astroworld festival. A source revealed that the expectant mother and her sister, Kendall Jenner, were both okay and did not get injured in the incident at NRG Park.

Kylie’s 3-year-old daughter Stormi Webster, whom she shares with Scott, was also in attendance at the event. “Everyone is shocked and upset. Kylie and Kendall were in the audience, but they are not injured,” the insider said.

“What we do know is that at approximately 9 o’clock, 9:15, the crowd began to compress towards the front of the stage and that caused some panic and it started causing some injuries. People began to fall out, become unconscious, and it created additional panic,” he continued. Chief Pena noted that 17 individuals were transported to hospitals.

“We won’t know the cause of death of the eight that are confirmed until the medical examiner has completed his investigation, but we are in the process. The Houston Police Department is sending units out to the hospitals to identify these patients, these fatalities,” Chief Pena added.

A reunification center for event attendees has also since been set up at the Wyndham Houston Hotel.

Scott, 29, and Jenner are currently expecting their second baby together. Jenner confirmed her pregnancy news in September.

Idris Elba or Tom Hardy: who will replace Daniel Craig as 007 in the next Bond film?