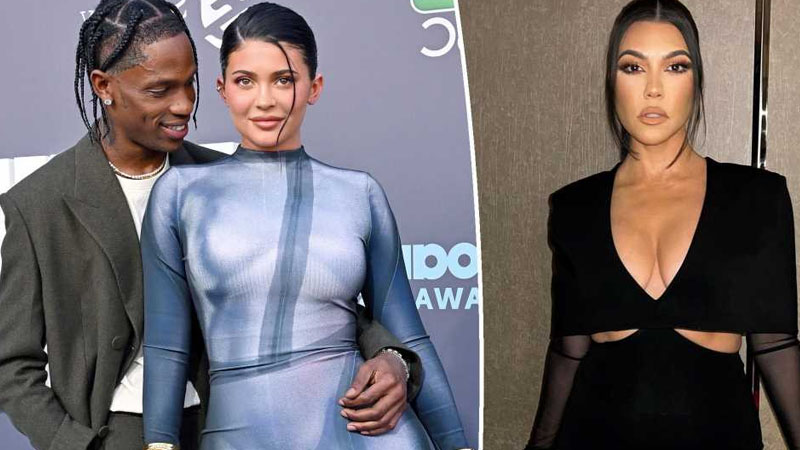 ‘I can actually hear her saying that she doesn’t need that negativity in her life.’

Kylie Jenner and Kourtney Kardashian have received appreciation online following reports that they used their social media platforms to take a stand against a love rat.

On Instagram, the group has covertly unfollowed Tristan Thompson.

The information was publicly disclosed after it was found that Thompson, 31, was partying at different clubs on the Greek island of Mykonos despite the impending birth of his new child with ex-girlfriend Khloe Kardashian, 31.

The infant was conceived in November before Khloe knew that Thompson had fathered a kid with another woman while they were dating, and is being carried by a surrogate.

Following the NBA player’s most recent actions, it appears Kylie and Kourtney unfollowed him. Supporters were quick to come to his support.

“I can actually hear her saying that she doesn’t need that negativity in her life,” one commenter said of Kourtney’s move.

“I mean ya it’s about time,” another said.

“FINALLY! The rest of the family has to follow,” another urged.

But one fan also asked: “When is Khloe gonna unfollow?”

Despite the drama, Khloe keeps following her ex on Instagram. She already has a kid, True, 4, with Thompson.

Despite the fact that she lately seems to use her position to make a more muted remark.

She reacted to an Instagram image from a fan account that showed Thompson holding hands with an unknown brunette after TMZ reported that the star basketballer was seen with other women while he was in Greece.

The fan accounted posted: “To everyone that’s freaking out about this video of Tristan in Greece with another girl, Khloe and Tristan are both single and according to the statement from Khloe’s rep, they haven’t spoken since December besides parenting, so I don’t know why it would be crazy for Tristan to be with another girl as long as he’s a good dad to his baby.”

Khloe liked the post, which suggested that she agreed with the sentiment.

When the news broke, Khloe reportedly hadn’t even notified her closest circle about the details of her new baby.

The leak led to a hasty statement from reps for Khloe who said: “We can confirm True will have a sibling who was conceived in November.”

At the time, a source told People that Khloe wanted Thompson “as involved as possible” with the raising of the new baby.

“Just like they do with True, Khloe will co-parent the baby with Tristan,” the insider said.

“Tristan is the dad and Khloe wants him involved as much as possible. He is great with True.”

The source added that Khloe “doesn’t see herself as a single mum”.