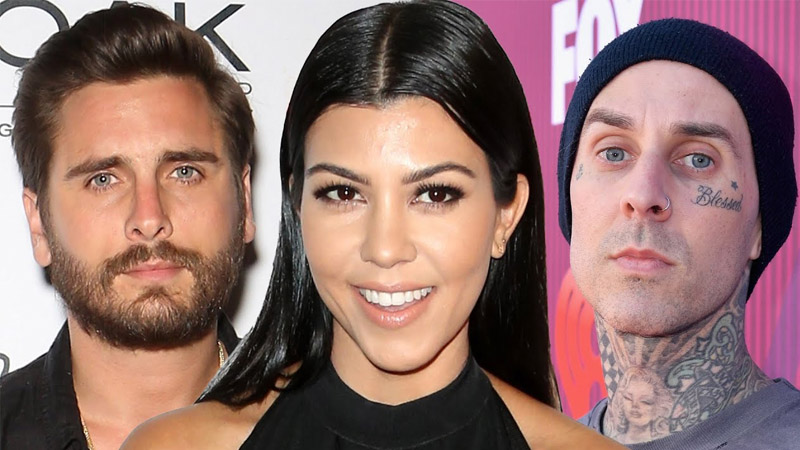 Scott Disick has never had the best timing when it comes to ex and mother of his three children, Kourtney Kardashian. He’s always pining after her when she’s happy and in a relationship. It doesn’t matter that he’s seeing Amelia Hamlin because he’s reportedly focusing all of his energy on his ex and her new boyfriend, Travis Barker — and that sounds kind of awkward.

Even though she dated model Younes Bendjima for two years, Disick never seemed as threatened as he is by her current relationship with the Blink-182 drummer. “Scott really doesn’t like that Kourtney has moved on with Travis,” a source told Life & Style. “It really bothers him; that’s not a secret.” That’s not exactly helping his dating life with Hamlin because his girlfriend sees that his ex has “this crazy hold over him.”

Perhaps Hamlin should call up Disick’s former love Sofia Richie and ask if there are any patterns to dating the father of three. Disick recounted on Keeping Up with the Kardashians how Lionel Richie’s daughter reportedly gave him an ultimatum. It didn’t work out so well for the 22-year-old. “She was like, I don’t want to share you as a boyfriend with Kourtney,” he shared on the E! reality show. “And she literally said with an ultimatum: you have to choose, me or Kourtney.”

Well, that was pretty much the end of their relationship. Of course, Disick had to choose Kourtney because of their three kids, Mason, 11, Penelope, 8, and Reign, 6, so it was a somewhat ridiculous request, but Richie does have a point about his obsession with his ex. Kourtney, on the other hand, is fully invested in her relationship with Barker and doesn’t have time to get involved with Disick’s girlfriends who she thinks “are way too young,” according to the Life & Style insider.

It appears that it’s the Flip It Like Disick star’s problem to figure out because Kourtney is too busy in her Travis Barker love bubble to be bothered with her ex’s teen drama love life.

The Rock, Has Emergency Hernia Surgery After WrestleMania Clash With John Cena