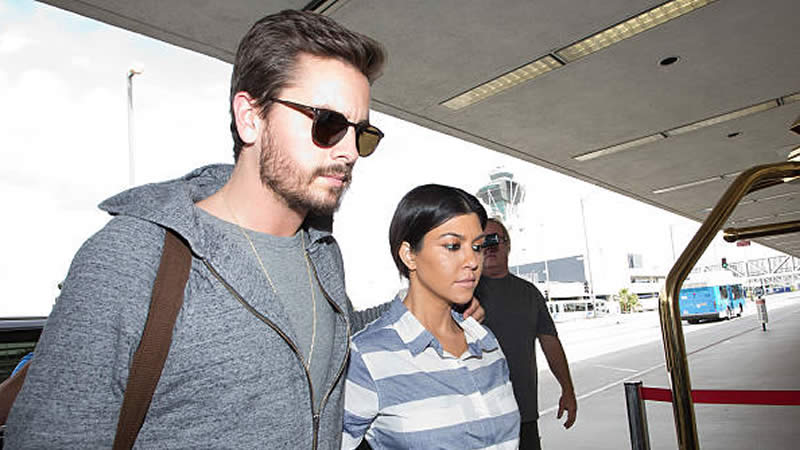 Since November 2021, when he remarked on Kris Jenner’s Instagram post of Khloé’s Cosmopolitan UK cover, “I’m sorry, but not sorry @khloekardashian is so gorg,” Scott’s remarks have been questionably flirty and focused towards Khloé. “Say hello to my little friend,” he wrote on Khloé’s Instagram image with her new blonde hairstyle on March 28, 2022.

As per Yahoo, the truth is that Kourtney isn’t phased by his comments at all. “Kourtney and Khloé have talked about it a couple of times and they think it’s a little strange that Scott has been so flirty with Khloé,” a source recently told Hollywood Life. “It’s not something that Kourtney is laying in bed at night stressing over, though. She knows Scott and Khloé have had this playful banter between them forever.”

After a ten-year relationship, the Poosh founder and Talentless designer called it quits in 2015. Mason, 12, Penelope, 9, and Reign, 7, are their three children. From 2017 to 2020, Scott dated Sofia Richie. Currently, he is dating model Rebecca Donaldson. On April 8, 2022, the pair made their first public appearance at the premiere of Hulu’s The Kardashians.

According to a source close to Kourtney, Scott’s statements don’t bother her because she understands her ex-boyfriend’s personality has moved on from him.

“Is he trying to make Kourtney jealous? Because if he is, it certainly isn’t working,” the insider continued. “Kourtney really has no concern over who Scott dates as long as their kids are taken care of. Kourtney knows that Scott is, and always will be, a flirt so at this point she takes it with a grain of salt. She’s really not worried about it.”

Kourtney is presently working with Travis Barker, the drummer for Blink-182. The couple has been dating since January 2021 and got engaged in October of that year. After the 2022 Grammy Awards event, Kourtney and Travis made headlines by marrying without a marriage license in Las Vegas on April 3, 2022.

Hailey Bieber Opens Up About “Scariest Moment of Her Life” As She Had Sudden Stroke: “The Right Side of My Face Started Drooping, I Couldn’t Get a Sentence Out”